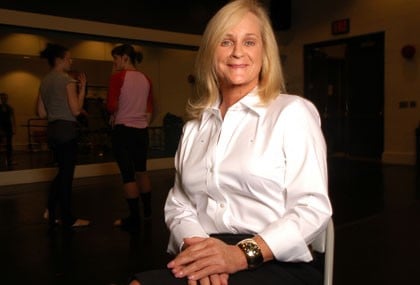 Quid pro quos and corporate layers
COLUMBIA, Mo 8/8/14 (Op Ed) -- Had a reader ask how we discovered the Laurie family owned so much land around the Boone County Fairgrounds, including the Tuscany Ridge subdivision.  Like most discoveries involving the non-transparent dealings of local developers, it was an accident.
Bill and Nancy Walton-Laurie are among our resident Wal-Mart billionaire heirs.  They develop property under a company named for their daughter, Paige Sports Entertainment.   A subsidiary of Paige Sports Entertainment, North Boone County Properties, LLC, owns the Fairgrounds-area land.

Developing that land has been in the works for years.   Boone County Commissioners in 2006 examined drawings that "showed the rolling countryside surrounding the Boone County Fairgrounds transformed into large, suburban neighborhoods with hundreds of homes," the Columbia Daily Tribune reported.
The drawings likely came from Steve Herigon, a north Columbia builder who lost the land to the Lauries after the 2008 housing recession.

With two parks and an elementary school nearby, a Fairgrounds (aka Central Missouri Events Center) redo to the tune of $12-18 million over 6 years would have provided a 4th taxpayer-funded amenity for any adjacent subdivisions, hotels, or other developments.  The just-defeated tax -- known as EPIC -- may have provided roads, sewers, sidewalks, and other infrastructure.   In time, city annexation with city services would have followed.

To repeat our accidental discovery, go to the Boone County Assessor's website and search the name "North Boone".   You'll need a log-in ID.   Among 70 parcels, you'll find several dozen on streets in Tuscany Ridge named for Italian cities and objects:  Venice, Gondola, and so forth.   Others are large parcels on different streets.   I picked a 33 acre parcel on N. Oakland Gravel Road on which the Lauries paid $64.85 in property taxes last year.

In the top right corner, click the Map It icon.  Below the map, click the italicized small letter i, the Identify Property tool.   Tool activated, zoom out using the minus sign on the top left.   Soon, you'll see the Fairgrounds, Tom Atkins Memorial Park, Norma Sutherland Smith Park, Alpha Hart Lewis Elementary, and as you click the various parcels nestled between them, the land North Boone County Properties owns.

In keeping with the private dealings of the super rich, North Boone County Properties and a Nevada (state) version were organized by Richard "Dick" Thomas and Brent Karasiuk, Paige Sports/Laurie employees who had been closely connected to Premier Bank successor Providence Bank.

The non-transparent dealings of local power brokers prompted County Hall to buy the Fairgrounds in 1999.

"They have operated for years in the sort of secrecy that amounts almost to sneakiness," Rose wrote about the Fairgrounds owners and operators.  "No stronger Good-Ol'-Boy network exists in Boone County.   Public participation was never welcomed until the time came to pay for the bailout."

One of the area's most prominent developers, Sapp chafed at the idea that Boone County's Fairgrounds purchase was meant to bail him out.

But the non-transparency -- and the quid pro quo that followed -- suggested it was.   Sapp's million dollar loan was kept secret until County Assessor Tom Schauwecker blew the whistle at a June 1999 public hearing.

Unfortunately, it's a dream most small or average investors never enjoy.   But for local players big enough to wield political clout -- Atkins, Bob Pugh, the Walton clan, Stan Kroenke -- it's a recurring dream fully enjoyed (look at the area around Battle High).

And don't forget the property tax breaks!   Paige Sports Entertainment paid $151.11 on a 50 acre parcel next to the Fairgrounds.

All this reminds me that being a one percenter is the American Dream, and I fully support it.
Just don't send me the bill.
-- Mike Martin