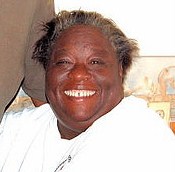 Reflecting and Thanksgiving in good times and bad -- Part 1

COLUMBIA, 11/7/12 (Profile) -- I miss Almeta Crayton's questions, like the one that prompted her to start Everyone Eats:  Why is anyone going hungry on Thanksgiving Day?

The annual feast and food drive -- arguably Columbia's most successful non-profit event -- returns November 22, along with this final part of our Top 10 Black Leaders series.   We published nine profiles in February, but saved the 10th -- Almeta's -- for this Thanksgiving month.
During her nine years on the Columbia City Council, Almeta Crayton publicly wondered about the dilemmas, conundrums, mysteries, and consternations facing the dispossessed -- the tired, the poor, "the huddled masses yearning to breathe free."

Why, Almeta asked, did anyone in prosperous, enlightened, progressive Columbia struggle?   Why didn't more kids have jobs? Why did City Hall neglect low-income neighborhoods?  Why were there two sets of rules, one for insiders, another for everyone else?

Almeta's questions were on full display during a 1994 League of Women Voters town meeting with state lawmakers, where "in a shaky voice, she demanded to know why bureaucratic red tape always seems to defeat her attempts to become self-sufficient."

It was vintage Almeta,  just as Welfare Reform -- that era's Health Care reform -- was making the rounds.

Her 4-year-old son, born prematurely with lung and heart illnesses, prompted the question over a common dilemma affecting low-income persons:  If Almeta went to work and made more money, the government would cut her off from Medicaid.  I understand the question well:  my single mother asked it many times raising me and my sister Stephanie, who had muscular dystrophy.

"The town meeting was attended by more than 100 people...But it was Crayton," the Columbia Daily Tribune reported, "who electrified the event."

"I would love to work. I want a job," Almeta said.  But the loss of benefits -- from Section 8 rental assistance to Food Stamps -- actually made working a bad idea. "If you try to pull yourself up by your bootstraps, it seems there is someone at the top of the hole to kick you back in," she said. 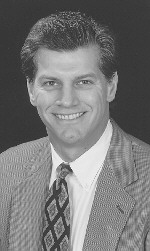 After the audience broke into applause, some deja vu broke out.   "Rep. Ken Jacob, D-Columbia, said he disagreed with Crayton on one point -- whether the public has an idea of who gets welfare...Ronald Reagan successfully portrayed welfare recipients as people who enjoyed being lazy and who pumped the system for money."

Rep. Jacob -- who went on to become Senator Jacob -- lost a bid for State Representative Tuesday.


Kevin Crane and Christine Carpenter -- now Boone County Judges -- encountered Crayton's questions a few months later.  Both were candidates for County Prosecutor in October 1994 when Almeta asked why repeat offenders don't stay locked up.
"It's frustrating seeing the same people over and over doing the same crimes,'' she said.

But it was Almeta who led the story, telling Crane and Carpenter "they need to do more to stop repeat offenders who receive little punishment for their crimes."

How many of us have said the same thing, while crime has risen and become more violent.   Just one more reason I miss Almeta's questions, which I liken to "the imprisoned lightning," mentioned in Emma Lazarus' poem on the Statue of Liberty.

The light of truth, trying to escape political darkness.

Almeta I liken to "the mighty woman with a torch."

Next time:  The road to City Council begins