The Community Improvement District (CID) is cast as more elitist by news media and two of its leaders:  Carrie Gartner aka The Empress and Skip Walther, the Silver Fox.
The CID wants the DLC dissolved, per a recommendation by Columbia city manager Mike Matthes.   Mozart had "too many notes," the bureaucrats declared in the movie Amadeus, and Columbia has "too many boards," Matthes likewise proclaimed last year.
The DLC leadership zone stretches from Garth Street to Old Highway 63, Elm Street to the Business Loop, and includes hundreds of acres of modest and low-income housing.
DLC members include Linda Rootes, fiesty co-founder of the scrappy North Central Columbia Neighborhood Association.  Historic preservationist Brian Treece.   And Phil Steinhaus, who leads Columbia's public housing apparatus.

Former DLC president Randy Gray spearheaded a program that illustrates the DLC's populist leanings:  a so-called "design charrette" that brought together interested parties from all walks of neighborhood life to hammer out a downtown plan.

Nicknamed "the downtown empress" by Columbia Daily Tribune publisher Hank Waters, CID director Gartner recently blasted her DLC brethren for making her group out to be a "bunch of greedy business owners."

Gartner is a salaried executive who presides over an ever-morphing alphabet soup of downtown property owners' groups variously called the CCA, SBD, and now the CID. 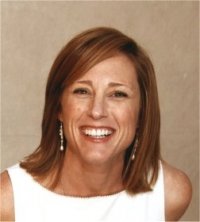 At a restaurant a few years ago, I overheard Walther's "Silver Fox" nickname from some female admirers.
It's a nick he's been living up to in another way since the DLC/CID dispute started.

In a series of wily Tribune editorials designed to outfox the competition, Walther -- a nationally-ranked tennis player with silver-gray hair -- has used patronizing rhetoric and arguments that hint of class warfare -- the same arguments his developer clients use against noisy neighbors and their associations.
"Columbia loves plans," Walther writes in a Sunday Jan. 28 editorial, rattling off a list that feels dismissive, includes the DLC Charrette, and ends with a pat on the head:  "Planning is a big deal in this town because Columbia is such an attractive place to live and so many people want to help."
The planning process may be a big deal here, but plan implementation is a perennial loser.

Council members merely sit back and respond.
Walther's editorial includes some straw men to throw his adversaries off the trail.  "One seemingly self-evident principle — planning must include those with a financial interest — is now being questioned," he writes.
But questioned by whom?   He never says.
"Advancing downtown planning ideas in isolation from downtown property and business owners and residents is the surest way to spark resistance, argument and resentment," Walther writes.
But virtually all of the DLC's work has included these folks, so he can't be talking about them.  What's more, members of the DLC have never suggested their work be performed "in isolation" from anyone.   On the contrary, the DLC has bent over backward to accomodate varied interests.

If any group has functioned in isolation, it's the new Enterprise Zone gang that just declared most of Columbia blighted after meeting with virtually no one.

As one astute observer noted, CID director Gartner is cheering on the isolated Enterprise Zone gang.  So if Walther is worried about groups acting in isolation, why isn't he condemning Gartner for her unabashed, public support of just such a group?
Finally, class warfare.   "Big ideas will remain just that without buy-in from people whose wallets will be affected," Walther writes.

But whose wallets?  Home and small business owners?  Small property investors who own land in the DLC/CID area, such as this writer?

Or large business and landowners like King Kroenke and Company?
Walther's argument seems to be that unless CID members run the entire show, they won't buy into ideas from "little people" with smaller wallets.   "Are two potentially discordant visions better or worse than one that is vetted by interested parties?" he wonders.
Last I looked, everyone in this community was an "interested party," including DLC members, specifically chosen by City Hall for their intelligent engagement.