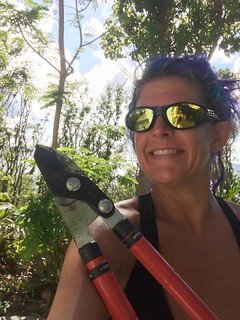 The power of hope and resilience

COLUMBIA, Mo  11/8/17 (Profile) -- In an unusual moment between her smiles, cheerleading, and tireless aid efforts, Millie Lovett was feeling down.

"Delta won't call me back on rescheduling my flight, and the humanitarian flight that was scheduled for tomorrow has been cancelled," the former CoMo resident wrote on Facebook, the go-to chronicle of her extraordinary adventure.

What to say from a world away?  All I could offer was a bite-sized summation.

"You're one of a handful of people EVER to survive not one, but two hurricanes," I replied.   "And not just any hurricanes, but once in a century hurricanes that have wiped out entire nations."

Not only had Lovett -- a longtime leader in the downtown Columbia arts and entertainment scene -- survived, but she reached out, raised money, and helped her fellow U.S. Virgin Islanders in their time of greatest need.
"You're an example of hope and resilience," I told her.

Hurricane Irma didn't sink Millie.  Neither did Hurricane Maria, which followed with even greater ferocity in her terrible sister's wake.

"It's been almost two months since Irma and we are all working tirelessly everyday around the island," Millie wrote Oct 31.  "There are so many people to thank."

Especially the person who helped rally so many helping hands.

Immediately after Irma slammed her corner of the Virgin Islands--a lovely but desolate U.S. territory known as Water Island--Lovett established a Go Fund Me page that raised over $20,000 for island relief (Hint: You can still donate).

"Cat 5 Irma was no joke!," Lovett explained. "She ripped through the Caribbean...like a woman scorned!" 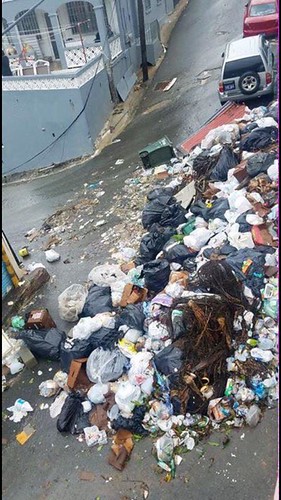 Irma started making waves on Water Island in early September, when Lovett's usual stream of upbeat, island-paradise posts developed a worrisome edge.  "Looks like we are dealing with a Cat 5 with 175 mph winds. Today will be all about prep and helping people," she wrote.

Stay safe!  Be well! Take care! friends urged. "So sorry to hear everything there will change overnight."

Irma destroyed plenty, but left Lovett's house intact.  After going dark for a few nail-biting days, "Got service for a brief second," she wrote. "I'm alive and ok."

From scant cell phone and social media coverage, Millie kept friends and family informed and went to work rebuilding. Every day was a pitch for more help and a humble thanks to supporters and donors. As normalcy gradually returned, her unflinching optimism did too, even on the toughest days.

"Millie's daily mosquito battling routine (and let me tell ya....I'm tired of this sh..)," she wrote.  "Wake at 5-6 am (because it's hot as hell all the time) with the Jolt mosquito racket in hand swatting those that have feasted on me all night...But I wouldn't have it any other way."

As the light appeared at the end of the wind tunnel,  Maria's dark clouds rose on the horizon.  "I am scared because this is number two.  Seriously... two???"

The storm moved in and by some miracle of transmission, Lovett posted details from the harrowing night.

"I sit here now listening to the wind and rain...reading messages from friends and total strangers and I am overwhelmed with emotion," she Facebooked September 19.  "I can't describe the feeling I have inside while listening to the wind howl and roar, the rain pour down...I love my island family...and my Water Island people.  May God, or whatever Higher Power you believe in, be with all of us." 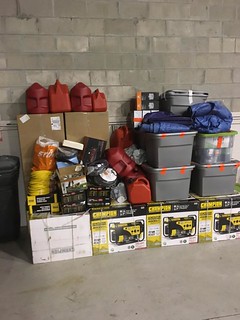 She awoke the next morning to "towering palm trees and telephone poles crashed across the island’s narrow roads," Newsweek reported in a story that labeled Water Island "the most forgotten place in America."  Forty percent of houses destroyed.  Boats—the only form of transportation off the island—tossed, crushed, flooded, capsized.

It was devastation even experienced FEMA responders had never seen.

“I’ve been an emergency manager for 20 years, but working on an island this far off the coast of the continental U.S. and hit by two Category 5 hurricanes, they write books about these kinds of things,” FEMA coordinator Shamus Leary told Newsweek.

But even the second hurricane, with rainfall measured in meters and feet, didn't sink Millie Lovett.

"We are alive and safe," she wrote the morning after.  "Maria did not win!"

For the next two weeks, Lovett loved on her island and mainland friends, and planned for a short trip back to Roots & Blues one island skeptic thought meant her permanent departure.

"I've had some bad days, but when I look out my window today I can still see the beauty in this place and why I love it so," Lovett wrote. 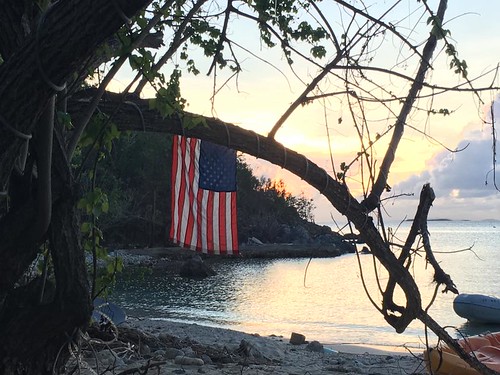 "It is a reality sequel to Mad Max," Howard explained. "Think [Hurricanes] Andrew or Katrina times two."
Despite it all, Lovett has been posting pictures of her crew and their progress since, along with shoutouts to people and companies who've helped.


If only her best friend Mary Wilkerson had known how prescient she was in a Vox Magazine profile of Lovett's work at The Blue Note and other downtown venues.

"Millie puts 150 percent into what she does," Wilkerson said.  "She...could be plopped anywhere in the world and make a way for herself."

Anywhere in the world, under any conditions.

"I am humbled by Irma and Maria," Lovett reflected during some rare downtime. "I am discovering things about myself I never knew existed."
And things about the power of hope and resilience.

"First cruise ship set for Nov 10!" she announced a few days ago.  And after 61 days without it, "electricity might be on in four weeks."

Donate to Millie's Island Relief at Go Fund Me