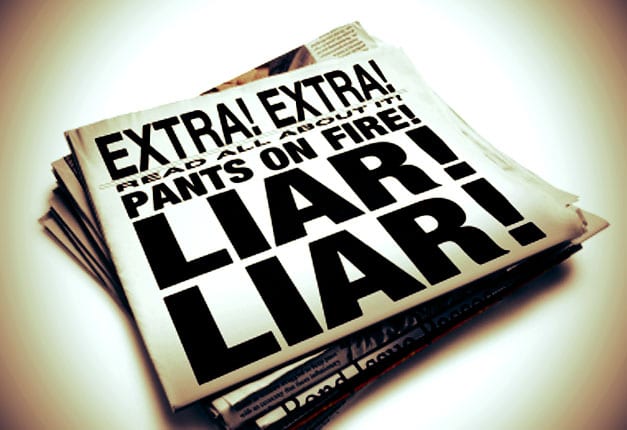 The whopper that launched 4,000 signatures

COLUMBIA, Mo 5/21/14 (Beat Byte) -- By now, you've probably heard what everyone in CoMo is calling the Big Lie:  city manager Mike Matthes' and Mayor Bob McDavid's declarations that Columbia has "no more infrastructure" -- no sewer, water, or power lines, and nary another cop to fight crime -- to accommodate any new development (read: more student apartments), especially downtown.

Angry about the lie, citizens launched a petition effort to reverse the largest of those projects that delivered nearly 4,000 signatures.

Here, for the first time, is a Top Ten list of the many ways -- and many times -- City Hall has told the Big Lie.   Our Liars List comes complete with references and links, so you know the Heart Beat isn't lying.

10.  "Until the city of Columbia finds money to upgrade electric, sewer and other infrastructure, there can be no more development downtown," City Manager Mike Matthes said.   "I could tell you, ballpark, we've got $100 million of infrastructure we're going to need to add to, fix or replace that's nowhere in the budget," he said.  -- Columbia Daily Tribune, 12/7/2013

Matthes
9. "If it's currently being constructed today, we can serve it," city manager Mike Matthes said.  "But we can't build anymore, no matter what size, after those projects are done.   If you think about that, that's for the whole core of the city, not just for downtown." -- Columbia Daily Tribune, 12/7/2013
8.  "In an email obtained by the Tribune, Columbia public works director John Glascock and Building Regulations Supervisor Phil Teeple told many of the area's civil engineers that downtown's sewer infrastructure was at capacity — placing an effective moratorium on new development in the downtown area.  -- Columbia Daily Tribune, 2/11/2014
7.  "The Director of Public Works has advised me that there is no additional sewer capacity downtown," Teeple emailed Matt Kriete, an engineer with Engineering Surveys and Services, which works on many of Stan Kroenke's projects. -- Columbia Daily Tribune, 2/11/2014
6.  "If we don't find a way to finance the infrastructure, they can't build here," Mayor Bob McDavid said.  -- Columbia Daily Tribune, 12/7/2013
5.  City manager Mike Mat

McDavidthes said "no new projects can open until the city upgrades its infrastructure."
-- Columbia Daily Tribune, 12/7/2013