MIDKIFF: Revolving Door politics is alive and well in Columbia 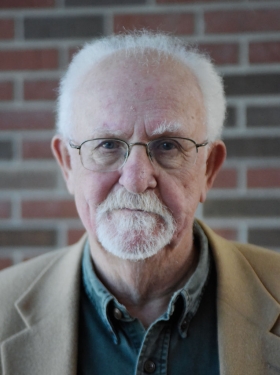 MidkiffGive and take at City Hall

The government-private sector revolving door goes round and round in Columbia. Consider these cases of one man in and one man out.

"Out" of City Hall -- but in at a large local contractor -- is Lowell Patterson, Columbia's public works director for nearly twenty years.

Patterson seems to have been rewarded for his long history of public service by becoming a private servant of Emery Sapp and Sons (ESS), an engineering and excavating firm which did most of the "dirt work" for Aspen Heights student apartments, formerly the Regency Mobile Home Court. Patterson is the firm's "mouthpiece" for government affairs.

A significant beneficiary of taxpayer-funded contract work all over the state, ESS won a City of Columbia project to extend Maguire Blvd. from the Lemone Industrial Park to Crosscreek via a bridge over Grindstone Creek that created a firestorm of environmental opposition.

It can take powerful connections to get such prime government contracts -- and get past angry neighbors -- and at the top of ESS' corporate hierarchy sits one of Columbia's most powerful men, Billy Sapp.

"If you bring up the Sapp name among a group of businesspeople in Columbia, there's little question of which family you're talking about: the sons and grandchildren of Emery Sapp," the Columbia Business Times reported in a story about Columbia's Top Ten "Power" Families.

Billy -- a co-founder of the Central Missouri Development Council (CMDC) -- and Elvin Sapp are the standout Sapp-lings, behind mammoth developments like the Old Hawthorne, Bristol Lake, Bluff Creek, and Thornbrook subdivisions.  They've also run companies that do a lot of government contract work such as Boone Quarries, ESS, and Subtera, the warehouse firm that stored all those books for Mizzou that got moldy.

Of course, Patterson's title at ESS is not officially "government affairs mouthpiece," but "director of government relations," which sounds better but means essentially the same thing.

Almost as powerful as a Sapp, but more low-profile, is one of Crosscreek's founding fathers, Nichols former employer Dave Dunafon.  Better known for his Taco Bell franchises, Dunafon has his fingers in more than just taco mix. He is an owner of the Copperstone subdivision in southwest Columbia, and a majority shareholder in a north Columbia development.

At the east end of Stadium Blvd., Crosscreek had a rocky and controversial history that saw Dunafon sue one of his partners, Kevin Kearns. But after going through a revolving door of its own -- from warehousing cars to housing students -- Crosscreek now seems to be thriving.

So, while there's always some uncertainty about the revolving door of life -- "round and around we go, and where we stop no one knows" -- in Columbia, one thing is sure.

It doesn't matter whether you work for the city -- or for wealthy developers and contractors. If you can move with the revolving door, you'll be handsomely rewarded.