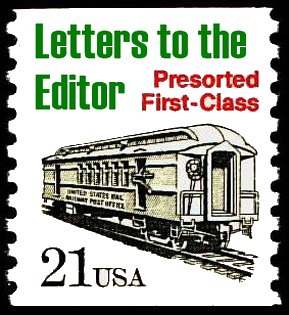 In this rag of an online newspaper, you, like most other media, call conservative "conservatives."

But when talking about the liberal members of the Columbia City Council, you call them "progressives."
There is nothing progressive about the liberals on the city council -- or anywhere else. Liberals just want to tax and spend other people's money.

That's anything but progressive.
I used to think this blog or whatever it's called would represent a different view of issues.   But I have to stop reading when you refer to liberals as progressives.

You are a smart butt, but the fact remains that a liberal by any other name is still a liberal and anything but progressive.
Sorry, but your rag is going the same place as the Columbia Tribune: the trash.   Hope you and Ken Midkiff have fun hugging your trees. -- Dave Wobbe, Columbia

[Ed. Note: Mr. Midkiff has a lot of fans, by the popularity of his columns on Facebook: https://www.facebook.com/columbiaheartbeat ]
For some time I've received your e-mail publication and enjoyed reading the same. I marvel at how much work and effort you put into this community service. -- David L. Knight , Columbia

About our story on CoMo murder victim Brian Daniels
As someone who follows a pagan theology, I don't have trouble relating to people with views like Brian Daniels'. But I appreciate how hard it is for mainstream -- or Christian journalists, especially -- to relate to it.
Mike Martin took the time to gather what information he could that showed Brian Daniels to be a good person. I hope there is a follow up with friends or family or someone close to him. I hope his murder wasn't a bias attack because of his religious views.
I hope the Columbia Heart Beat will continue with Mr. Daniels' story. -- Krissy Acevedo, Staten Island, New York
[Ed Note: We understand Mr. Daniels was not only an honest man, but a gentle man who loved -- and fussed over -- his unusual Abyssinian cats. Recent court filings indicate he left behind three heirs. Columbia police have arrested two men, James Thompson and Christopher J. Hurt, in connection with Daniels' murder. Hurt was arrested six years ago on suspicion of raping three teenage girls. Casenet shows no charges were ever filed against him.]
About our story on watching the vote count at Wendy Noren's office
This was a treat to read, Mike. Very informative. Thanks for doing it.
-- Hank Ottinger, Columbia
Thanks, Mike, for the article on Election Night vote counting. Wendy and her crew historically have done a fantastic job (one of the many reasons she's remained our county clerk and gained national attention for her work). I've never had occasion to question the integrity or accuracy of vote counting in Boone County, nor have I known anyone who has. Still, it's informative to know just how the process is carried out. I, too, wonder why no other local news outlet has enterprised the same story. -- Rod Gelatt, Professor Emeritus of Journalism, Columbia
Why would you need to count Democratic precincts first, as Larry Grossman told the Missourian? You can simply manipulate where polling places are located for each election, such as shutting down the Thornbrook subdivision clubhouse polling place on the day one of our neighbors -- Laura Nauser -- was running for Columbia City Council. Helen Anthony sure appreciated the neighborhood vote for her closely contested race. I am sure Ms. Nauser would have liked the same. -- Don Howser, Columbia
About our stories on student apartment sprawl, here and here.
Why do you say that the apartments being built downtown are "poorly built?" Are you saying that they were not properly inspected, or that they are built and inspected to a sub-standard building code?
What you mean is that the apartments are poorly designed, not poorly built. If there is an apartment that has a " bedroom" without a window, that room cannot be used as a bedroom and I would think that the inspector who approved the plans would have made that notation on the plans.
The problem would then be with the apartment manager who goes ahead and rents the apartment with that room advertised as a bedroom.
Of course the girls in the story should break the lease on this basis. If all of the story is true, you might go after the manager or owner of the apartments instead of impugning the contractor or Columbia inspectors who built and approved the place. -- Walter Melton, Columbia
About a story from last year on racism and the Blind Boone Home
I've just become aware of a story you ran on June 27, 2012, in which a "former local government official" is quoted on the condition of anonymity.
I take issue with your publication of the story that makes an anonymous attempt to attribute the delay to racism among city officials when there are plausible reasons for the delay in funding.
As a former alderman and mayor of a small Missouri town, I find it cowardly to make comments to the press and ask to remain anonymous. Why don't you try telling the facts instead of anonymous sensationalism?

After purchasing the Blind Boone Home, the City of Columbia set aside $250,000.00 for the renovation, with the stipulation that it be matched from the community. Consequently the Blind Boone Heritage Foundation was formed (I am currently a member) and that racially-mixed group began the process of introducing itself to this community with the intention of raising that matching money.
It naturally took a little time to get up and running, and then the 2008 national financial collapse came along and pulled what rug we had from under our feet.
I am also the president of a decades-old non-profit in Warrensburg that, along with nearly all non-profits, is struggling to keep donations adequate to pay the bills. Funding is a problem everywhere. It has little to do with racism.

A co-volunteer who wasn't allowed to attend high school in his hometown because of segregation said this about Warrensburg's Blind Boone Park, "What used to separate us, now brings us together." This idea could apply to the Boone Home as well.
-- Mike Shaw, Board President, Johnson County Historical Society; Member, J. W. "Blind" Boone Heritage Foundation, Warrensburg, Mo.
[Ed. Note: The Columbia Heart Beat stands by the story, which draws from two sources well-known to the community as both dedicated and highly-credible. I also wish folks would understand that impossible stipulations like the "$250,000 matching fund" ruse are simply that: Impossible, and designed to tactfully foil projects certain big players don't like.]
On our story about a growing list of failed non-profit affordable housing projects
You've misread the document to which you refer ("Job Point wants to offer six homes for sale"). If you study that document carefully, you will note only two of the properties listed are for sale; the others were all sold to owner-occupants. The only reason those other two have not sold is the same reason many homes were unsold over the past four years--the housing-bubble burst and the credit market tightened.
I know these things because I had a direct hand in building several of the houses listed in that document -- I served as both construction instructor and construction manager during five years with Job Point.
One other point, which you should have mentioned regarding CMCA's proposed homeless teen housing -- the neighborhood association only opposed the attempt to inflate the limit on number of units allowed by the R-3 zoning; we never opposed the concept or the construction itself.
You and one other vocal neighbor, however, were quite agitated about the prospect of another social service in the neighborhood.   -- Dan Cullimore, Columbia
[Ed. Note: Mr. Cullimore and I must have attended different public meetings about the failed CMCA homeless teen housing project. It attracted considerable opposition, as this Trib story points out (without quoting me, btw): http://archive.showmenews.com/2007/oct/20071031news001.asp]
Liked your story on affordable housing failures in Columbia. Two of the big culprits in the lack of affordable housing in Columbia/Boone County are over-regulation and excessive taxation. I find it hard to believe no one has called attention to the regulations and taxes that keep affordable housing out of reach.
-- James Pounds, Member, Boone County Building Code Board