"When does this kind of disrespect for transparency end?"
COLUMBIA, Mo 6/14/16 (Beat Byte) -- For the second time in less than a month, Columbia city manager Mike Matthes is under fire for transparency violations.

The city manager apologized earlier this month after his office failed to post a public announcement about the Mayor's Infrastructure Task Force in accordance with Missouri's Sunshine Law.

"I have been trying to get the City to answer a records request I made back in March," Race Matters, Friends organizer Traci Wilson-Kleekamp explained in a June 8 email sent to group members, reporters, and city officials.

"Matthes said he received 500 emails in opposition to the renovations to the Blind Boone Home," Wilson-Kleekamp added.   "He said THAT situation was the first time he realized there were racial problems in Columbia.  Now he and his staff are giving me the bureaucratic round-around."

"Lately, it seems that many decisions have been made that affect our community, but do not include our community," Sky Jimenez emailed Fourth Ward Councilman Ian Thomas.   "This is a great concern to me as I hope it is to you and our other Council members.    Having transparency and community involvement in city decisions is extremely important."

He also repeated a line -- “We Are 100% Out of Infrastructure”-- that turned out to be one of the most notorious lies in the history of Columbia public officialdom.  "A lack of transparency has been a hallmark of Matthes' tenure as City Manager," Wilson-Kleekamp noted.   "When does this kind of disrespect for transparency end?   When does the City Council start putting their foot down on their employee who habitually allows/practices secrecy?"

"I believe in complete transparency in government," he wrote.   "I will continue to campaign for a status quo in which everyone - elected officials, City management, and staff at all levels - provides accurate information and explains their positions on issues in a way that can be challenged and discussed openly."

But another City Council member says he's not too concerned about City Hall, instead reserving his punches for Columbia Heart Beat editor and publisher Mike Martin.

"Overall, I am pleased with the level of transparency in city government," 2nd Ward City Councilman Michael Trapp emailed 2nd Ward resident John Glenn June 9.  "The city is complex and we are going to make mistakes." 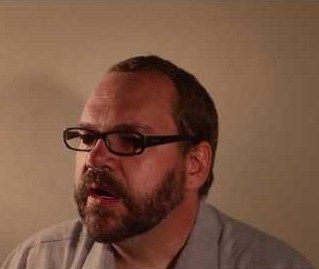 "I read all of the Mike Martin articles you referenced but have little patience for his tortured logic and false conclusions," Mr. Trapp emailed Glenn.   "I find his stuff pretty annoying.  The Hank Waters parody was especially bad."

"Having an employee that lied about posting a meeting notice and having another employee (the city manager) who brushed the entire matter aside should be of greater concern to Councilman Trapp than indicating he apparently finds it 'pretty annoying' someone dared to complain,' Weitkemper emailed the group.
Despite the difference of opinion, the law is the law, Wilson-Kleekamp noted.

"The position of the city manager's office seems to be -- 'We will answer whenever we feel like it.'   His office does NOT follow the requirements of the Missouri Sunshine law," she wrote.   "I am not writing this note out of anger or frustration.   I think Race Matters, Friends and others have made a considerable effort to continually give Matthes' administration the benefit of the doubt."