"I just wanna know how much there is."

Matthes and Cannon worked just as hard to avoid providing it:  $11,733,871 in the city sewer utility's so-called "unrestricted fund."

They were schooling the Councilwoman on  "Hollywood Accounting: City Hall edition" during a Feb. 17 debate over TIF (Part 1).

"I think the problem Ms. Nauser's talking about here is that we are hearing people accusing us of massive slush funds," Mayor Bob McDavid interjected.  "We need to be able to articulate how much cash we have.  Otherwise, how can I tell voters that money is not already in existence and we can't just write a check and pay for $6 million worth of sewer tomorrow?"

Including the sewer utility money, City Hall has $144 million in unrestricted, undesignated funds -- aka "slush funds" -- across all accounts as of Sept. 30 last year.   City administrators could easily write a check for the $6.7 million in sewer work they say needs doing downtown.  But then, Columbia wouldn't need a TIF, a project they were defending.

"Um, we, we -- you have a cash balance, but you have bills that you still have yet to pay which are not reflected in the reduction of cash at this point," Cannon told the Mayor.  "From a budgetary perspective, you have to look at all your current assets minus the liabilities -- what you know you're going to have to pay to get what's available to move forward in the budget."

Cannon continued nervously, about to contradict the city's own financial statement.

"A lot of people have a problem in that they say cash balance and some of them want a fund balance and there is a difference," she went on.  "Fund balance is more like your equity in your home.  You know:  the difference between what your asset is worth versus what you still owe on it.   But then there's cash -- and cash is cash."

But to say that cash is different from funds is wrongheaded.   Fund balances are "used to pay expenditures," the city's financial statement says repeatedly.   "Fund balance" is just a fancy term for "money in the bank."

"So how much unrestricted money is in the account?" McDavid asked.  "I think that's what people want to know."

"Even if it's spent six months down the road and then it's spoken for, how much is in the wallet?" Third Ward Councilman Karl Skala asked.

"How much is in the account that would NOT be encumbered?" Nauser repeated.

"Useable for, say, a sewer project," Matthes said, laughing and glancing at Cannon.

"Just how much is in the wallet?  Right now. Even if it's spoken for," Skala said.

"Can we pay for this right now?" McDavid asked.

"Let's not even go that far," Skala said.   "I just wanna know how much there is, even if it's spoken for, and then we can decide whether or not there's some we can use on infrastructure." 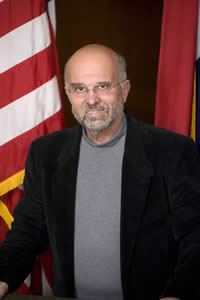 "The...I mean, as of Sept. 30, the unrestricted cash was $28 million," Cannon answered.  "But that doesn't account for anything that still would otherwise need to be paid.   Like I said, as of today, I can't give you the specific cash balance because we've only closed through November 30."

"We have to catch up five months worth of activity in that particular fund to give you an official cash balance," Cannon continued.  "Our cash is pooled into one bank account at the bank so we know what our cash is at the bank, and we know we can cut our checks to pay the bills, but until we can get that activity caught up, I can't give you an official cash balance."

"So you don't know if we have $6.75 million that we could write a check for and fix the sewers?" McDavid asked.

"Or $1 million!" Nauser said.  "Really, this is not a question of whether we have enough money to pay for all of it."

"The budget says that we will have two million if everything goes well this year," Matthes said.  "That's our expectation.  I would love to be able to tell you that as of this morning, there's this much money available.  But we don't have that."