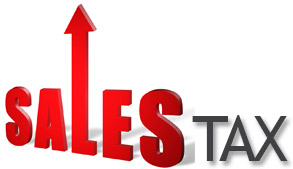 COLUMBIA, Mo 8/17/18 (Beat Byte) -- Sales tax collections are up modestly this year, according to the City of Columbia's latest financial report.

"The number in the Interim Financial Report (which are actual sales, not projected sales) does show an increase of $158,659," city finance director Michele Nix told the Heart Beat. "This is money collected from October 1 through June 30."

She added, however, that sales taxes are actually down nearly three percent and that a "system glitch" caused the Missouri Department of Revenue to send "an unexpected payment of $2,310,158" to the city. The financial reports do not mention nor account for this payment.
Eagerly seeking new and higher property taxes, Matthes has said sales tax revenues are declining for years.  He predicts two percent losses this year and in 2019.

But Matthes told the Council Monday that "other revenue sources are down."  He cited "taxes from telephones trending downward, as people move away from hardwired phones."


Total revenues -- taxes, fees, fines, etc. -- for the General Fund, which pays for fire, police, and other critical city services, are up more than most people's budgets.  The General Fund has increased $2,352,431 or 4.2% since last year:

Nonetheless, Matthes warned Council members the city would have to implement his "strategic plan" for community policing and city-wide equity "in an era of no revenue growth."

City financial statements since Matthes took office in 2011 contradict his claims about falling sales tax revenues. Other than a 0.002% decline in 2016, sales tax revenues have increased an average 3.5%.  City of Columbia Audited Financial report these tax and fee figures.
2016