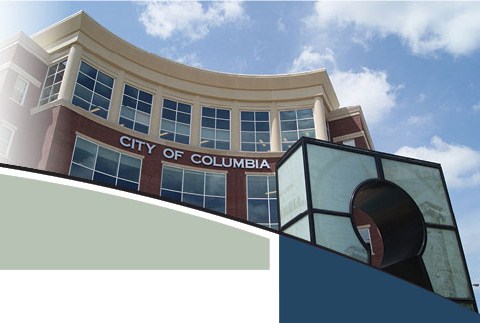 Matthes is seeking the fourth round of rate, fee, fine, and tax hikes since he took office in 2012.

The discussion begins at 1:13 in the video here:
http://gocolumbiamo.granicus.com/MediaPlayer.php?view_id=2&clip_id=1531

Held at Swiss banking giant UBS, the city's account balance reached $306 million in June 2016.   As of the most recent audited city financial report the following Sept., the balance had fallen to just under $300 million.

Council members wanted to understand why city government had banked so much cash over the years.

"There are no fees changed to the city for this account," Sapp explained.   "UBS also provides reports to the city at no charge."

Day-to-day banking -- money for bill payments, paychecks, and so forth -- stays closer to home at US Bank, Sapp added.

As Council members turned to Table 13 in the city's Comprehensive Annual Financial Report during the budget retreat discussion, Matthes tried to convince them that unused supplies like “spools of copper and utility poles" were included in the multi-million dollar cash balances broken out in the Table.   Starts at 1:35:20 in the video.

"Inventory is considered a cash equivalent because you can sell it and turn it into cash,” he said.

But that was wrong, Nix countered, interrupting several times to correct her boss.  Inventory and supplies are NOT cash equivalents, she insisted.   Instead, cash equivalents are short-term investments -- CDs, money markets, savings accounts -- "that you can liquidate in three months or less."

To deflect concerns about City Hall holding a large Swiss bank account, Nix asserted that because UBS has offices in New Jersey, it wasn't *really* a Swiss bank.   Formed in a merger between the Union Bank of Switzerland and the Swiss Bank Corporation in 1998, UBS is, in fact, the world's largest Swiss bank, with dual headquarters in Zurich and Basel, Switzerland.

Council members are facing a Charter Crisis that could pit them against the city manager, amidst growing public pressure to stop raising fees, fines, rates, and taxes as Columbia's cost of living skyrockets.
The enormous cash reserves violate various sections of Columbia's guiding constitution, the City Charter, among them Article XII, Section 102, which places strict mandates on how City Hall uses profits from the city-owned Water and Light Utility.