ANOTHER BREAK FOR OPUS? Charges politics has trumped policy, as $13,000 in permit fees goes missing 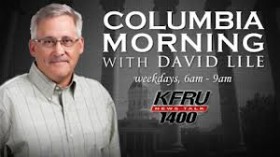 COLUMBIA, Mo 9/19/14 (Op Ed) --  The other morning on his radio program, David Lile asked Columbia Mayor Bob McDavid in a quizzical tone, "Do you understand all that stuff Bill Weitkemper sends?"

Sometimes daily, Weitkemper sends email alerts to City Council members, media, and senior city staff about public issue number one hereabouts:  fairness in utility billing.   Retired from City Hall management after nearly 40 years, Weitkemper has the time to pore over reams of paperwork, city laws, and calculations, searching for signs of fairness or inequity in a publicly-owned utility governed not by private market but political considerations.

"It appears the City undercharged Opus $13,300 for their recent building permit" for a downtown student apartment, Weitkemper alerted his e-group this morning.  After much reading and calculating, he claims the city gave Opus a $12,800 break on its sewer connection fee and a $500 break on a so-called "water system equity charge" mandated by city ordinance.

If true, the waived fees represent a real conundrum for voters and Council members who just raised the sewer connection fee and plan to raise other development fees in the future, so developers pay their "fair share."  What if the city manager's office simply refuses to enforce the new fees?  What if senior staffers ignore the law?

Though this situation seems straightforward enough, Mr. Lile told the Mayor he didn't understand Mr. Weitkemper's work, despite reading and trying.    Dr. McDavid answered that it was "important to listen to ALL voices" and carefully consider dissenting opinions, but offered nothing else.

Mr. Lile is an intelligent man.   I appeared alongside him for a couple of years as "The Science Guy," Columbia edition, interviewing scientists about complex topics.  If he doesn't understand the information Mr. Weitkemper sends -- based as it is on city ordinance, regulation, and public policy -- that's a problem.

As a public utility not subject to private competition that enjoys tremendous monopoly power, Columbia's various utilities should be guided by policies, ordinances, and procedures that we all understand.  There's no competitive pressure on the city to cut utility costs; become more efficient; or as Mr. Weitkemper has been showing us for years, assure all customers are treated equitably. 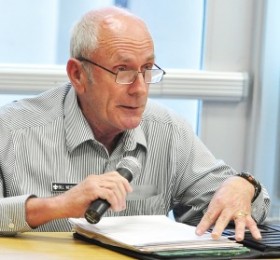 Unlike privately-owned utilities in say, Jefferson City, Columbia's utilities are creatures of politics.  And politics is not about equity.  Politics is about Power.

If we don't understand what our politicians are up to, we lose the power we're supposed to have over them.

City manager Mike Matthes plans to send hard copies of the city's annual performance report and citizen handbook to every household in Columbia, complete with cover art from local artists.   "Better communications and accountability is one of the central issues in our strategic plan," Matthes told Council members Monday.

Given that City Hall just cut trash bags, forced Council members to dip into their meager reserve fund to finance CAT TV, and raised utility rates, parking fees, park fees, and so forth, if Mr. Matthes can spend tens of thousands of dollars on a mailing campaign, surely our city government can spend equal resources making City Hall understandable and in so doing, our politicians there more accountable.