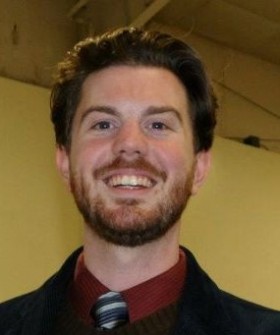 COLUMBIA,  3/8/17 (Beat Byte) -- A Columbia School Board (CPS) Member and incumbent candidate for the April election says a Missouri state income tax lien and Boone County Circuit Court Judgment filed against him have been satisfied, despite records to the contrary.

"This was resolved back in July," CPS Board Member Jonathan Sessions told the Columbia Heart Beat.  "It was a mistake with a sales tax form."

Candidates for public office in Missouri are legally barred from election if they have unpaid taxes.    Hallsville Board of Alderman candidate Gabe Edwards ran afoul of the same law.

The Missouri Department of Revenue (DOR) filed an unpaid income tax lien for $408.94 against Sessions July 15 of last year.    The lien amount included taxes, penalties, interest and filing fees for 2015.

The lien attached to Sessions' "real and personal property" acquired before and after it was filed with the circuit court, where it has the "full force and effect of a default judgment."   Both the lien (#2016-07-100021497) and judgment (16BA-MC01229:  DOR-CE V JONATHAN SESSIONS) allow the state to sell debtor property to collect amounts owed.

Missouri state law requires candidates for public office to sign a sworn affidavit that they are "not aware" of any unpaid tax obligations.

"Candidates cannot be delinquent on state income taxes, personal property taxes, municipal taxes and real property taxes," the Missouri School Boards Association Candidate Guide explains.   "Candidates who are delinquent on their taxes may be disqualified from running if a complaint is filed with the Department of Revenue."
"I was made aware of the lien on July 18th," Sessions explained.    "On July 18th, I filed a corrected 53-1 form and paid the amount due, which ended up being $7.97.    I received a Guaranteed Certificate of Lien Release from the Department of Revenue on August 1st 2016."

DOR administrator Kathy Mantle signed lien releases for both Sessions and his business, Percussive Repair.    But as of March 7, Boone County Circuit Court shows both lien and judgment unsatisfied.

"I’m not sure why it hasn’t been updated on CaseNet," Sessions said.    A DOR representative declined to comment.

Prior to 2015, Boone County Clerk Wendy Noren would have alerted Sessions to the lien and judgment.   But the law changed, putting the onus on candidates to scout unpaid tax records, which isn't always straightforward.

"As I was closing my former business, the 53-1 form was incorrectly filed (wrong state tax ID number was on it)," Sessions told the Heart Beat.   "From the Department of Revenue's perspective, it was never filed and DOR made an assumption based on 2015 sales taxes owed [$400+] instead of the actual amount based on one $99 sale.

"It got all the way to the lien stage because I had moved out of my old office in August 2015 and the DOR letters did not get forwarded to my new office address," Sessions added.   "As you can see, I corrected the error as soon as it was discovered."

"Voters found out only because of unofficial record-checking," Waters explained.   "A more dependable means of disclosure would be better."
Sessions faces two other incumbents and one newcomer in the April 4 election.
Click links for references and source materials.