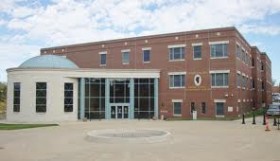 Pitchford's response about the County's portion -- sent in PDF format -- is too long to reprint here, but can be read in its entirety on our Scribd page.

Briefly, the Auditor worries our use of "slush fund" implies corruption; and that the story mis-characterizes "fund balance"; overstates a County policy mandating a 17% cash reserve in its General Fund, one of several different accounts that contain large "unrestricted, undesignated" fund balances; and fails to properly account for recent proceeds from the new children's services and 911 tax measures.

But as is often the case with budgets and financial reports, much of the dispute is a difference of opinion.
For instance, I question the stewardship of exceeding a 17% General Fund reserve (aka undesignated fund balance) by more than double, year in and year out.  The 17% figure -- roughly two months of expenditures -- is not only County policy, but the recommended level from government accounting organizations such as the Government Finance Officers Association.

In fact, every year since 1997 (page 90 of the budget) the General Fund's reserve has exceeded the 17% requirement, in many years by more than double.    In dollars, the reserve has grown from $5 million to $10 million in that time.   County government has to keep taking more money from We the People to keep the reserve so high.

Auditor Pitchford considers it "good stewardship," even with a 17-year history showing the money just sits and grows.  "17% is a minimum fund balance," she explains.  "There is no violation of County policy if the fund balances exceeds the minimum and to make such a statement is false and misleading."

I would agree if the reserve was exceeded by 5%, or even 10%.   Even 25%.  But I consider it poor financial stewardship to exceed the requirement by more than 100% -- by more than double.   It's money not used for roads or children's mental health services;  not used for County employee raises; not used to offset higher taxes and fees.

And it's certainly NEVER refunded to the taxpaying public, which struggles every year under a larger tax, rate, and fee burden while a chosen few special interests -- e.g. big developers -- clean up.

I'm far from the only journalist to worry about giant reserve funds -- and to use the term "slush fund" to describe them.

"First, an overly large reserve fund without rules on how it can be used can easily become a slush fund, providing quick and easy money for whatever projects pop up on the fly," explains an editorial about reserve fund policy in Beaufort County, South Carolina.

"Residents should not have to pay more in taxes or see services cut so the county can boast of a large savings pot."