THE POWER GAMES: Why "white privilege" is a problem for both black -- and white -- CoMo 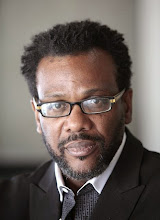 A hard-hitting piece with more than one layer


COLUMBIA, Mo 6/29/14 (Beat Byte) --  If you're white, you might think an essay about "white privilege" in the context of race relations interesting -- or angering -- though not applicable to you.

But after reading columnist Carl Kenney's latest editorial, you might think again.  The North Carolina Press Association's Best Serious Columnist of 2011, Kenney -- a Mizzou Journalism School grad -- has returned to recent events in hometown CoMo that make his pull-no-punches analysis of race, class, and power here as relevant to the white community as it has always been to the black community.
In fighting EEZ/Blight; Ward Gerrymandering; the Opus repeal; poor infrastructure; and several other battles beside, Columbia's white community has had unleashed upon it many of the same well-honed sabres the privileged amongst us -- the mostly old white guys with the gold who make the rules -- have used against our black community.

That sabre called "blight" justified the eminent domain that wiped out the Sharp End black business district and hundreds of black homeowners in the 1950s and 1960s.   The cronies wanted to use it in 2012 against the broader, majority-white community, for tax handouts and future property takings.

Then there's the bit about blight constituting "a menace to public health, safety, morals, or welfare."   How many times have those same words been used to stereotype black men?  my friend went on.

And yet, there it was -- this weapon of the privileged old white guy -- aimed squarely at 60% of Columbia.

The privileged few have been handling white critique similarly of late.  Take the impatient, derisive way Mayor Bob McDavid treats Repeal Opus spokesperson Jeremy Root.   Or the condescending language Columbia Daily Tribune publisher Hank Waters uses to describe anyone who questions the privileged:  "persistent band of conspiracy theorists"; "a smallish group of dissidents".
Finally, consider the broader context of some of Kenney's observations.   Appearances to the contrary, "CoMo is one of the least diverse cities I have ever seen," he writes.  "Diversity is not reflected in the way the news is dispersed, how power is shared, or in how public policy is administered."

Diversity is mostly an illusion in local governance, a facade that substitutes charity, in the words of W.E.B. Dubois, for justice.  Food is shared.  Shelter is shared.  Taxes are shared.   But power is not shared -- not with anyone outside the circle of privilege, and especially not with the black community.

Local news media too often function as public relations arms for the "good ol' boys" who control the town.   Public policy is notoriously administered to benefit big-money developers, while depriving the broader tax- and ratepayer base of the same infrastructure our black community went without in the Jim Crow, segregation era:  working sewers, operable storm drains, quality streets and sidewalks and so forth.

Mind you, all this is not to say Kenney's reflection on white privilege applies with equal force, history, or detriment to any part of the white community, privileged or not.   It doesn't and never could.

It is simply to point out that recycled ideas die hard, especially among the powerful, who have no reason to try any new strategies when the old ones -- the endless stall tactics, the pretending to care, the demonization and dismissal of dissenters, eminent domain -- work so well.

Hard to believe that a piece about white privilege could suggest that in some respects, we're all in the same boat, but strange things are happening these days in Columbia.

"I don’t understand the political culture of CoMo," Kenney writes.   Welcome to the club.