UNDER A CLOUD: CoMo city attorney tried to cover up fraud, lawsuit alleges 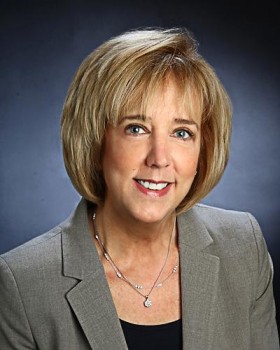 "Mrs. Thompson had trouble performing her duties to the city," the suit alleges, citing failures related to a development contract, performance bonds, payroll records, and transparency before the Board of Aldermen, Riverside's version of a City Council.

Since then, Columbia City Hall has faced an onslaught of litigation Thompson will be responsible for handling, including lawsuits from former police officers Rob Sanders and Zim Schwartze; Ryan Ferguson's recently announced $100 million civil rights case; and predictions of protracted litigation over the collapse of the University Village apartments walkway that killed Columbia firefighter Bruce Britt.

Greenfield Investments, the suit alleges, was knowingly and significantly overbilling Riverside for work connected to an automobile seat manufacturing plant, under a contract the city somehow never signed.   The contract with Greenfield -- which had earlier developed a prominent subdivision in Riverside and is described throughout the suit as "politically well connected" -- wasn't the only unsigned document Blackburn claims he discovered.

"Thompson had also not signed off on the contractor's performance bonds" and "neglected to inform the Board of Aldermen that she had not signed off on these bonds before the contractors began the work," the suit claims.
When Blackburn approached Thompson about the unsigned contract, unsigned performance bonds, and overbilling -- which he describes as fraud -- she "urged him not to inform Mayor Rose about the issue and advocated for paying the Greenfield bills immediately and dealing with repercussions later."
Thompson was also unwilling to hold Greenfield accountable for turning in "shoddy payroll records" that included "deficient payroll certifications," Blackburn claims.
With no action from Thompson, who was "directly responsible for the handling of the Greenfield contract and its legal aspects," Blackburn hired an outside auditor and took his concerns to the Board of Aldermen, "pressing his view the contractor should be held responsible for overbilling the taxpayers."

But Thompson and the Mayor said "nothing would be gained in trying to recover the payments because the contract had not been signed."  Four of six aldermen agreed and ordered the bills paid.

After the audit held Thompson, Blackburn, Riverside finance director Donna Resz, and community development director Mike Duffy responsible for the unsigned contract, Blackburn claims he was the only employee among them later terminated, citing his age "at least 10 years older" than the others.   The suit claims Thompson was 52 at the time, July 2012.