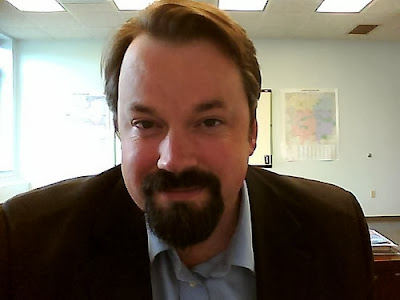 Cut taxes for developers or raise taxes on everyone else?  Oh -- and Blight, too!

"There can be no more development downtown," Matthes told reporters earlier this month.  "The pace of development in the area has outstripped the electric and sewer capacity, which is 100 percent utilized.   We can't build anymore, no matter what size."

The problem is "bizarre," some say, because they cannot understand how City Hall approved hundreds of units of student apartments, from Walnut St. all the way to Mizzou, without seeing the infrastructure problem coming.

And why isn't November's $32.5 million bond issue fixing downtown sewers?   It isn't, which "is a surprise to a lot of people," Mendenhall told reporters.

Matthes' tax-cutting solution is considered more bizarre because the alternative, he says, is to RAISE taxes and city fees.   "It would be a significant tax increase," Matthes said.

Matthes likes the TIF idea -- which would cut taxes on developers -- because "tax fatigue makes it unlikely residents would go for more fee or tax increases to pay for needed infrastructure," he told reporters.   Mayor Bob McDavid and First Ward Councilman Fred Schmidt also "support using TIF to come up with funding for the infrastructure improvements."

The problems with TIF are many:  It cuts property and sales taxes, but only AFTER improvements to existing buildings or new developments are constructed, which creates a cart-before-the-horse problem.

TIF districts also require a legal declaration of Blight, which would mean the Columbia's downtown would be threatened with blight again.

Even Boone County Assessor Tom Schauwecker, known for the developer discounts his office provides, dislikes the TIF idea.  "Other options should be on the table to fix central-city infrastructure," he said in a recent interview.
Only the historic Tiger Hotel and the new Doubletree hotel currently get the tax break.
RELATED