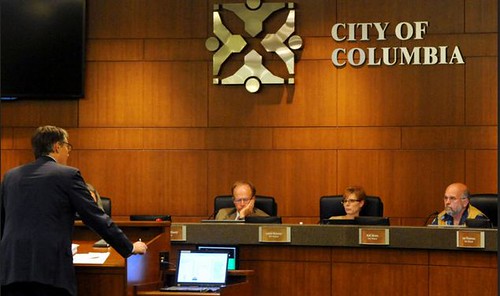 A call for power sharing, accountability

COLUMBIA, Mo 10/7/15 (Beat Byte) -- "We need accountability in Columbia for our city government.  Not a City Manager who is accountable to no one,"  50th District Missouri House Representative Caleb Jones  Tweeted Sept. 26.
His tone turned cryptic -- and ominous.  "Expect changes."

City manager Mike Matthes must be more accountable to the City Council, while both Mayor and Council must share more power with city administrators.

The city manager writes the annual budget; introduces and directs virtually all legislation; sets the Council's bi-weekly agenda; and often serves as lobbyist-in-chief for key ordinances.


"Most cities that have grown and developed in the last 20 years have had a strong Mayor," Jones -- whose district includes parts of Columbia -- responded.

"There are pros/cons to the approach, but it would probably incentivize high-quality candidates to run for Mayor," Rosenbaum Tweeted back.   "As of now, CoMo's Mayor is basically an at-large Councilman."

"And it shows," concluded Sen. Schaefer, himself the object of controversy over Planned Parenthood.  "There need to be changes."

Rep. Jones has been on a rhetorical warpath since reporting an hour-long Columbia police response time to his home alarm system.    His comments to KMIZ reporter Lucas Geisler reflect a broad and growing dissatisfaction with a standard operating procedure at City Hall:
1)  With over $250 million in cash on deposit at banks and investment firms, City Hall won't move adequate monies into its General Fund, which pays for police, firefighters, and other city services. 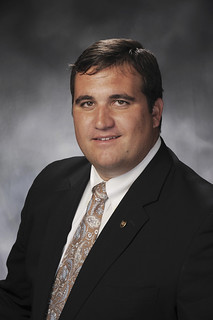 "The city council, the city mayor and the city manager all feel they can just tax the citizens of Columbia, Missouri more," Jones told KMIZ.    "And whenever that doesn't happen, supplying adequate protection against people who could potentially harm them is not a priority anymore."