Infighting breaks out before first meet

Council members earlier voted to limit Task Force investigations and recommendations to the sewer and stormwater utilities, comparative small fries on the infrastructure plate.   By size and revenue, the city's water and light utilities are far larger, taking an ever-increasing chunk out of local pockets.

City Hall has a monopoly on every utility except natural gas. 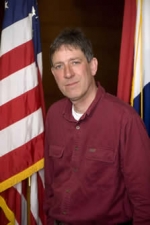 "I have cc'd Mayor Bob McDavid, Third Ward Councilman Mike Trapp, and Task Force chairman Chris Kelly, all of whom have indicated they are open to discussing this change," Thomas emailed Conway, thanking him for his service to the city.  "I really believe that a broader scope of work makes more sense."
Conway -- a retired engineer and member of the city's Water and Light Advisory Board -- considered the issue settled, and fired back a few days later in an email cc'd to his attorney, William McCaffree.
"I take your email to usurp my right to go before the Council as a citizen of this community and change a result that you may not favor," Conway emailed Thomas.   "I do not take lightly to your idle threat of using the power of the Mayor, City Manager and Task Force Chair to change my mind or recommendation.   Karl Skala was right in his 'no' vote to form the task force because he was concerned the group would become 'too politicized'.   Your email does exactly what Karl anticipated, and we have not had our first meeting yet!!!"

Thomas responded that his email "did not 'usurp' anybody's rights" nor  "issue any 'idle threats'.   I simply mentioned that I had discussed the idea of expanding the scope of the task force with Mayor McDavid, Mr. Trapp, and Mr. Kelly," none of whom presently support such an expansion.

Task Force member Bill Weitkemper inspired the ire of Fifth Ward Councilwoman Laura Nauser with a Sept. 2 email that also suggested expanding the scope of the task force.  He provided 10 points to support his idea.

"I personally feel that it is inappropriate for you to contact me outside the scope of the group on the issues the group has been commissioned to evaluate," Nauser responded.   "The task force would be rendered useless if all members began to independently lobby the Council on their ideas before a formal recommendation was made to the Council and the community."

"I'm sorry that you feel my contact was inappropriate," replied Weitkemper, a retired Columbia public works supervisor who worries that leaving out the city's two largest utilities will leave the Task Force with few impactful recommendations.

"Columbia desperately needs to identify additional sources of utility revenue," Weitkemper wrote Council and Task Force members and reporters.  "The city cannot continue increasing utility rates to generate the revenue needed to repair and improve its deteriorating infrastructure.  The city’s utility rates must be structured to reward conservation, not consumption and must be fair to all users."