"Spinning misinformation and half truths"

City manager Mike Matthes introduced the TIF after declaring Columbia was "out of infrastructure".   But after Matthes okayed construction permits for nearly half-dozen new apartments -- including the unpopular Opus project -- public opposition overwhelmed the idea and Council members defeated it.

The Mayor's month-old remarks -- nearly 5 minutes long (1:05 in video) -- are receiving renewed scrutiny as Again Street homeowners were rebuffed after urging the City Council to fix flooding and sewage overflows; and plaintiffs in a lawsuit against student apartment developer Opus Group prepare for an October court battle over infrastructure funding.
"Since 2005, the General Fund is down $10 million," McDavid said July 6, ignoring the $246 million in cash City Hall has on its books, not including retirement funds.  "It’s because of this we don’t have enough police officers."

The General Fund is a major infrastructure fund.

McDavid then scolded his own hand-picked group -- the Downtown Leadership Council (DLC) -- for failing to support the TIF.  "I’ve got a beef with the DLC," he told fellow Council members and the audience.  Planning documents such as the Downtown Charrette, he insisted, called TIF the only way to pay for basic infrastructure.

"Mayor McDavid launched into another of his inaccurate tirades," former Downtown Columbia Leadership Council (DLC) chair Randy Gray told the Heart Beat.   "When it meets his needs, he distorts data to spin misinformation and half-truths, creating a lack of public trust in city government." 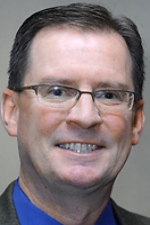 Instead, the Charrette recommended a TIF district to pay for amenities, e.g. expanded green space; a bike boulevard; streetscape "enhancements."

And the DLC supported the idea.

A January 2011 letter to McDavid and Council members Gray signed backs his claim.  It prioritizes "creation of a downtown TIF district" for amenities and enhancements only.   Matthes' proposal that the TIF pay for infrastructure had nothing to do with the Charrette or the DLC's  recommendations, Gray said.

"When the ill-conceived $70 million downtown TIF project was launched by the city manager, we were given these misleading statements:  1) downtown infrastructure is inadequate;  2) no further downtown development can occur until the infrastructure is repaired;  3) TIF is the only funding mechanism available for such infrastructure," he explained.

As a result, "the DLC took no position."