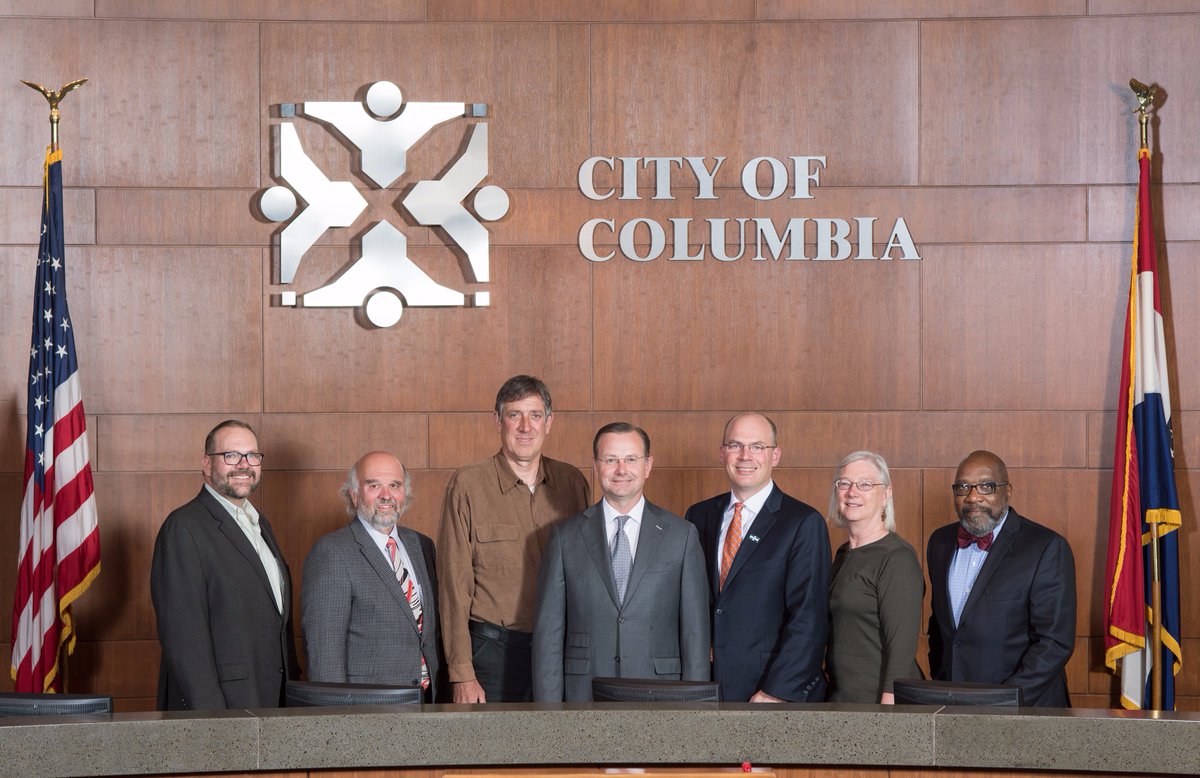 Skala joined four other Council members (photo) rebuffing recommendations against the project from the Columbia School Board, TIF Commission, Library Board, and Tribune editorial staff.

Local TIF incentives had been restricted to historic preservation projects such as the Tiger Hotel and gateway redevelopments such as the first Broadway Hotel, which demolished the aging and unsafe Regency Hotel.

Mayor Brian Treece cast the only other no-vote, citing concerns that Parmley wasn't finished asking for taxpayer help. A "funding gap" between loans, the TIF, and investor contributions may necessitate Parmley establish a so-called Community Improvement District (CID) that could levy its own taxes.
After Hollis presented slides explaining his interpretation of state TIF statutes, Treece also worried the project did not meet the legal criteria, sparking one unusual exchange when Hollis said Treece misquoted Parmley from a televised interview.

"I have the video," Treece said.

Hired to analyze the project, former deputy city manager Tony St. Romaine took a seat with city staff as a city employee. Over forty five minutes of testimony, St. Romaine promoted Parmley's "passionate feelings for this project," his "vision for downtown," and the project's many merits. "The city bears no financial risk," St. Romaine repeatedly emphasized.

Public testimony carried the evening. Only one audience member -- TIF Commissioner John Clark -- testified against the project, while twenty or so mostly Parmley employees and downtown business people testified for it.

"Over the last year, I hear nothing from you guys except we need more money, we need more taxes, we need more income," John said, raising his voice. "You're talking about going to the voters to ask for more taxes. But you're gonna turn down fifteen million dollars in revenue? If you wanna convince voters, you gotta prove you can count!"

Ruffin said he saw the hotel expansion as a source of jobs and prosperity.  "This project has compelled me to think about the future," Ruffin explained. "I know I have an opportunity now to make a difference."

As the last to vote, Skala -- who frequently says he opposes developer tax incentives -- cast the deciding ballot, telling the audience his mind would probably not be made up until he heard the other votes.