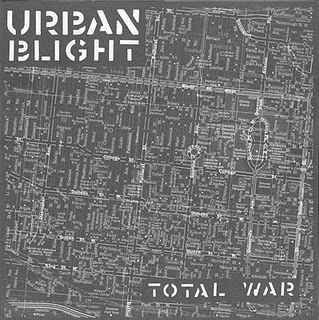 Thousands could face eminent domain threat; schools will lose big on property taxes
COLUMBIA, 2/4/12  (Beat Byte) --  In a stunningly audacious move that could harm citizens all over Columbia, the Columbia City Council is prepared to declare an immense portion of our fair city "blighted."
From the northern to the southern tips of Highway 63, residents and business owners all around Columbia will suddenly find themselves in areas officially declared an "economic or social liability, or a menace to the public health safety, morals, or welfare in present condition and use" under the Missouri state statute Council members are prepared to invoke.
Under state law, the move will open up tax abatements for business interests -- and open the door to eminent domain abuse and a far lower property tax base for public schools and everyone else.
It's the second time in about a year City Hall -- at the behest of business and development interests -- has attempted to declare blight in a clearly non-blighted area.   Last February, the Heart Beat reported on the same plans for the Regency Hotel area in the North Village Arts District.  Subsequent public pressure forced senior city administrators to pull the "blight" language from the ordinance.

"The area described in Exhibit A is hereby certified by the City Council of the City of Columbia, Missouri as a blighted area," the resolution reads.    (Magnify page 4 to 150% and use the scroll to check out the newly-blighted area, or use this Missourian map.)
Ironically, City Hall itself is responsible for many of the conditions it will now condemn.   The definition of "blight" Council members will use includes "defective or inadequate street layout; unsanitary or unsafe conditions; deterioration of site improvements; improper subdivision or obsolete platting."
Under a second Missouri statute used in Columbia at least three times in the past 50 years, a formal blight declaration by the City Council is the first step toward widespread use -- and abuse -- of eminent domain.
In 2009, city leaders tried to use a blight decree against landowners Jack and Julie Rader, and the partnership that owns Addisons and Sophia's restaurants, to secure land via eminent domain for a new State Historical Society museum near Bengals Grill.    Twice previously, a "Land Clearance for Redevelopment Authority" used blight decrees followed by eminent domain to wipe out most of the central city's black business and homeowners.
Such widespread Enterprise Zone status opens another Pandora's Box:   By offering as much as a 50% property tax abatement, it will dramatically reduce the property tax base for Columbia Public Schools, libraries, city and county government.
The result:  property taxes and bond debt will rise, possibly to levels never before seen in Boone County.
Given Columbia's much-touted economic and social strengths, the massive blight designation makes no sense, and seems to violate the intent of the Enterprise Zone concept, a provision normally designed to narrowly target extremely stressed areas such as East St. Louis.
RELATED: