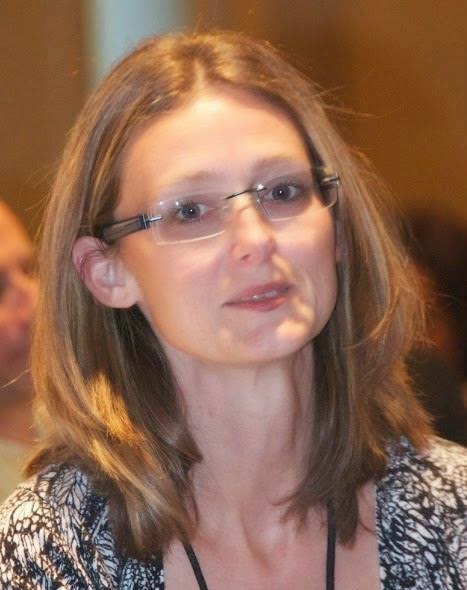 Less newsworthy is the Councilwoman's idiosyncratic style.  She is unusually familiar with Columbia Mayor Robert McDavid, always referring to him as "Bob," while addressing city manager Mike Matthes by his last name, in a show that comes across as almost disrespectful.

"Matthes takes forever with emails," she tells a constituent Oct. 29, about the city manager's lack of response to emailed questions.  "Matthes:  I do expect this issue will be resolved promptly," she emails the city manager Nov. 1, about a drainage problem at the home of True/False founder Paul Sturtz's mother-in-law.

The emails cover roughly one month -- mid October to mid November -- in the life of the beleaguered Ward One representative, now facing a recall petition over her support for the Opus downtown student apartment; her opposition to a marijuana-related city ordinance; and her public advocacy for policies that strike many residents as both odd and inappropriate, including a ban on alcohol in historically black Douglass Park.

"Smoking" best describes Chadwick's attentions during the month, as she advocates for a city ordinance that would ban the sale of cigarettes and related products to anyone under 21; and pushes back on so-called "Pro Grow" advocates disappointed with her vote against an ordinance that would have reduced penalties for pot growers.

She spends the rest of her time curtly turning away Mizzou students seeking interviews for class projects; chatting up McDavid (who never seems to respond); and forwarding news stories, academic articles, and information trivia to fellow Council members, senior city administrators, and Columbia Daily Tribune reporter Andrew Denney, who comes across as a kind of personal confidant.

"I try to make sure not a day goes by without me on the cover," Ms. Chadwick emails Mayor McDavid Nov. 3, about a recent Columbia Heart Beat e-newsletter.   "If I go 'postal' today, it's because of 'canna'," she emails McDavid Oct. 15, with a constituent email urging her to "end the senseless prohibition of cannabis," i.e. marijuana.
In percentage terms, the Councilwoman spends about 10-15% of her time -- 20-30 emails -- on Ward One issues: the CVS Pharmacy design; an organized walk in the North Central Columbia neighborhood; a question about the new "accessory dwelling" ordinance.

Cigs and joints occupy about seventy percent.   She accuses marijuana legalization advocate Dan Viets of trying to "buy" her vote during an email exchange she calls "insulting and distasteful".   Among the many emails she sends to Denney's personal gmail account, she muses about the prospect of the pot-inspired recall.

Predicting the petition will succeed in an earlier exchange, she asks Denney Oct. 30, "who will replace me?  They might not like me, but who would the community like better?   They are a group with no plan for the future, just the short term."

"Let me know what you need," says developer lobbyist Don Stamper, who forwards Chadwick an acerbic email exchange he had with pro-grow activist Eapen Thampy about the recall.   "You and your misguided associates are an embarassment to community leadership," Stamper scolds Thampy.

If a single theme emerges from the two hundred correspondences, it is that Chadwick is taken with her new-found status and the attention she receives by spending so much time on "sexy" national issues.

"Dad," she writes Nov. 5, about her anti-tobacco push.  "In case you didn't know, we got a mention in the Wall Street Journal last week!"