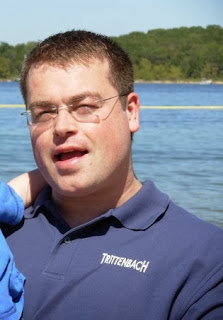 Is a debt bubble building, too?

COLUMBIA, Mo 10/6/13 (Beat Byte) -- Two requests before the Columbia City Council Monday night are potent reminders that one family with one type of development has come to dominate much of downtown Columbia.

Recent real estate loan reports also show how much money the clan has borrowed to get there:  about $58 million.

Through their Trittenbach Development Co., Jon, Nathan, and Bruce Odle are asking for permission to close a 209 foot section of alley between Short Street and College Avenue for nearly a year -- October 24, 2013 to July 31, 2014 -- to accomodate construction of more student apartments, this time at 1222 East Walnut Street.

Parallel to Broadway, the alley is close to other Odle-owned student apartments on both sides of Walnut, adjacent to College Ave. -- over 700 units in all.

With partner and Orr Street Studios owner Mark Timberlake, the Odles are also asking to construct and maintain balconies for another apartment complex they plan to build less than a block away, at the corner of Orr St. and Walnut.   The balconies will overhang another alley, between Orr and St. James streets, requiring a right-of-way easement from the city.

Known as The Lofts at 1101 East Walnut, the Odle-Timberlake project is not planned to exclusively house students.
The influx of apartments around Hubbell, Orr, Walnut, and St. James streets -- once an area of older, single-family homes known as the North Village Arts District -- has sparked considerable controversy since it began roughly five years ago.

Between the area's narrow streets and the apartments' short setbacks -- the buildings are ultra-close to streets, allowing for maximum land use but minimum ability to accomodate more traffic -- longtime home and business owners have publicly worried they could be pushed out.

Area residents have also expressed concern the Odles have borrowed vast sums against much of the neighborhood to finance their spree.   A spurt of loan activity in August and September shows some numbers.
The apartments on College and Walnut guarantee loans of roughly $36,000,000.
A $5,350,000 loan from Boone County National Bank will finance The Lofts project.

And the family's medical office buildings on Keene Street secure another $16,600,000.  The family owns other student apartments on Locust St., Tenth St., and south of town.
Combined with the student loan debt paying much of their rent, the Odle's borrowings could create a double-edged debt bubble if even a hiccup rattles college enrollment.

Neighbors worry they would bear the brunt of any bubble burst.