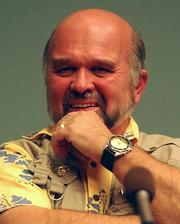 Voters fed up with City Hall monkey business defeat incumbents, restrict eminent domain
COLUMBIA, 4/3/13 (Beat Byte) -- A stunning reversal of fortune Tuesday night for City Hall incumbents and REDI/Chamber-driven economic plans suggests voters have handed a mandate to the Columbia City Council: engage with and listen to the community before you pass legislation.

The Council's failure to communicate since 2010 has led to several "do-overs," from EEZ/blight to the Providence Rd. Improvement project.
Election night's most striking results came with 70% passage of the anti-blight/eminent domain City Charter amendment and Karl Skala's decisive defeat of Third Ward Councilman Gary Kespohl, 996 to 842 votes.
The two men have tangled twice before, with each squeaking out a victory.  But this time, Skala's 154 vote lead nearly tripled Kespohl's 2010 edge of 54 votes.   Skala also bested his 2007 edge over Kespohl, more than doubling that race's 63 vote margin.

The Columbia City Charter Amendment, which significantly restricts eminent domain based on blight and private development, racked up the night's biggest numbers, with nearly 9,000 favorable votes.
And it did so as a virtual orphan among propositions.   No business groups rallied private money to support it.   It featured no dog-and-pony show starring elected officials campaigning on the taxpayer dime.
Ian Thomas' 2,328 to 2,183 victory over incumbent 4th Ward Councilman Daryl Dudley completed the mandate trifecta, with voters handing Dudley the recall they threatened after his disastrous Ward gerrymandering effort.

Even for Tuesday's single victorious incumbent -- Mayor Robert McDavid -- much of the momentum from his first campaign had evaporated.   With a 3:1 fundraising lead and only one challenger -- Sid Sullivan -- instead of five, Mayor McDavid was over two thousand votes shy of his 2010 election numbers.
This year, he defeated Sullivan 7,813 to 5,019.  But three years ago, McDavid scored a victory with over 9,900 votes.
Despite the big changes, however, questions about Columbia's future course remain.
How much power will paid city administrators -- whose support for unpopular legislation has never been more apparent -- continue to have with a different crop of Council members, who begin receiving modest paychecks themselves in 2014?
Will public works director John Glascock -- who has presided over some of Columbia's worst disasters in recent years, helping cost the two incumbents their jobs -- hang on to his own job?
Will Mayor McDavid keep his campaign promise to finish the Blind Boone home, but for a reasonable price that doesn't raise hackles?
Will REDI -- a taxpayer-funded city department that doubles as a private business lobby -- keep a perch so powerful it was able to ram through the unpopular Blight Decree that also helped cost the two incumbents their jobs?
Will City Hall's beleaguered relationship with a dog-tired constituency noticeably change for the better?
Only time will tell.