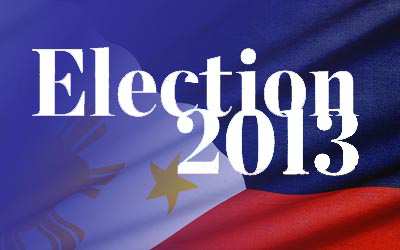 COLUMBIA, 3/28/13 (Beat Byte) -- Columbia's annual NAACP forum Tuesday night lived up to its reputation as the best political boxing match in town.
Challengers for three City Council seats -- Mayor, Third, and Fourth Ward -- had incumbents on the ropes over questions ranging from minority contracting to Blight, EEZ, and the Blind Boone Home.
Kespohl v. Skala
Third Ward challenger Karl Skala kicked off the fisticuffs in opening remarks that challenged incumbent Gary Kespohl on his 3-year neglect of roads and sidewalks, followed by what Skala called "Gary's sudden epiphany that Clark Road and Ballenger Lane need major improvements."
The pummeling continued as Skala hammered Kespohl's suggestion to turn the historic Blind Boone Home into a homeless shelter. The idea shows complete ignorance of Boone's many contributions to early American music and Columbia life, Skala argued, in a church meeting room next door to the home
Kespohl fought back, but with punches Skala easily deflected. To pay for infrastructure, Skala wants "trip generated fees" instead of higher taxes. Based on auto traffic in and out of the store, the fees would add $750,000 to the cost of building a small convenience store, Kespohl said, adding that he called city officials in Lincoln, Nebraska, who got a big laugh out of the idea.
But that wasn't true, Skala fired back. Trip-generated fees would add $10 to the cost of a 2,000 square foot single family home and $620,000 to the cost of a new Wal-Mart that presently pays about $90,000 in infrastructure fees.
Trip generated fees are fairer than higher sales taxes on average folks, Skala continued. In a city dominated by TDDs, CIDs, and other sales tax structures designed to get around higher development fees, Skala's argument hit home.
Job creation via minority contracts
Mayor Bob McDavid and challenger Sid Sullivan squared off on issues important to Columbia's black and minority communities, most notably job creation.
McDavid, Fourth Ward incumbent Daryl Dudley, and Kespohl kept parroting a variation on one theme: Let's build a Linn State Technical College here in CoMo to get unemployed black youth educated.
The challengers argued that City Hall should set aside a certain percentage of city contracts for minority firms, mandated in many Federal programs that give Columbia money. If City Hall is going to take Federal money, it needs to comply with Federal law, Sullivan argued.
"The city needs to get into compliance with HUD regulations, which mandate that you hire at least 10% minority contractors for work done with HUD and CDBG funds," Sullivan said.

4th Ward challenger Ian Thomas agreed, joining Sullivan as the only other candidate who evidently understood minority contract set-asides.
"When you make commitments to help groups that are intrinsically disadvantaged, part of that commitment can be setting aside a certain amount of government work," Thomas explained. "Maybe it's five percent or 10 percent of a city contract. I don't know what that percentage would be, but I agree and think we need to look more closely at this."
Mayoral body language
Answering "How does city government regain lost trust among Columbia citizens?" brought out the best in 4th Ward challengers Bill Weitkemper and Thomas. Fair dealings were the best way, Weitkemper argued, noting years of unfair utility billing followed by the City Council's steadfast refusal even to answer questions about the problem.
City Hall needs to do better outreach, Thomas argued, and do far more to engage citizens. "It's not simply a given that people will get involved or even attend city meetings," Thomas said. "A lot of people don't even know about what goes on with city government. It's the city's responsibility to make sure they do."
On style, McDavid won the evening -- at least when he rose to answer questions. What was a man with his arms sternly crossed and a scowl transformed on each answer into Columbia's friendliest face. Then the Mayor would sit down, assuming the frown position.
"If I never read the letters EEZ again, that's fine with me," he said with a grin. "Columbia's a wonderful place," he said many times. He took on challenges to his record with easy grace, but only when he was standing. He did not look happy when he was seated.

Finally, Daryl Dudley had his best debate this writer has seen. His answers were clear, he spoke and projected well, and much of his prior discomfort with public speaking was gone. But his challengers -- especially Thomas -- showed a better grasp of the issues.
In the end, substance trumped style and that may be the key choice facing voters next Tuesday.