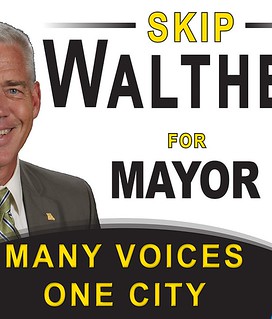 All three candidates have faced significant controversy during their races.

"The endorsement of local candidates is part of CBOR's strategic plan," CEO Brian Toohey said in a March 16 email to members.

Mr. Walther's position on the "Development Code Update" -- a 2-year-old initiative to revamp Columbia's outdated zoning ordinances -- is most in line with CBOR members, the email notes.

It would replacing C-2 zoning -- the loosely-regulated code that has prompted the spate of student apartments -- with "mixed-use downtown district" (M-DT) that emphasizes "building form standards".

Officially approved as "RPAC eligible," Leuther and Dudley "scored highly on a CBOR questionnaire"  which "showed their alignment to our Strategic Plan," Toohey explained.   "Any CBOR member who contributes to either campaign will receive RPAC credit for their contributions." 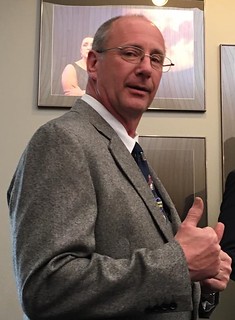 Frequently lobbying city and county officials as part of his law practice, Walther came under fire for failing to register with the Missouri Ethics Commission as a "local elected official" and "executive" lobbyist, which requires monthly financial reporting.

After suspending his campaign over $60,000 in mis-reported development PAC contributions, Mr. Dudley has announced he will accept the 4th Ward seat if voters choose him Tuesday.   This week, he replaced campaign treasurer Paul Land with himself.

A Christian pastor at a local church, Mr. Leuther has run on a populist platform challenging city spending priorities.   But two videotaped sermons he and wife Vicki preached in Fort Worth, Tx. have tripped up his campaign.

Their remarks -- excerpted in a February Youtube video called "Leuther Exposed"  -- have proven explosive.  Mr. Leuther has repeatedly said they were "taken out of context," which is why the Heart Beat used the originals.

After likening prayer to "weapons," Mrs. Leuther implores her audience that "everybody has a different weapon.  But when we come together, we are like an atom bomb!   And we can drop that bomb on this city, and it will destroy the works of the Devil." (24:00 - 27:00)

A year later at the same church,  Mr. Leuther preached an 80-minute  sermon entitled "The Power of Being Sent".   He reiterates Mrs. Leuther's points, and speaks about his calling to enter civic political life.   He introduces Columbia.

"I live in a very liberal city," 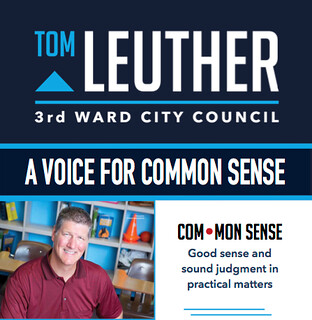 "And when it was all over the news about this bishop that was homosexual that got appointed -- as a bishop -- I took a third-page ad out in the newspaper that said 'Don't agree with the appointment of a gay bishop?  Neither do we.  Go to a church that preaches the word of God.'

"Somebody needs to push back."

Mr. Leuther returns to these issues in a final blessing.

"Increase our sphere of influence, that we may be able to compel others to experience the presence of God," he says. (52:00-52:30)

"We pray for these upcoming elections, Lord, that you will put the right person in the right place."