Raders of the Lost Art

Rob, endorsed by the Sierra Club, stands for smarter development and preservation of Como culture created by artisans and young entrepreneurs.

"Imagine Columbia 15, 20 years from now," said Rasmussen.  "Will it look and feel like Peoria, Lincoln, or Lawrence?  It will if this Rading (sic) isn’t stopped."

[A play on words, "Rading" refers to the family of fellow First Ward candidate Dan Rader.  Jack and Julie Rader, the candidate's parents, own Bengals Bar and Grill and the Shakespeare's Pizza site, which they are demolishing to make way for another Odle family project].

"Pricing out our local citizens for the exploitation of students is a pipeline that moves wealth in one direction - out of Columbia. We can do better," Rasmussen says.  "I’m not against development; I’m against irresponsible development – the kind of development that steals from our communities." 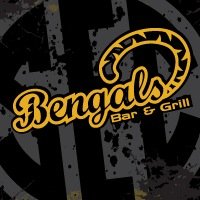 Rader, who might be the first openly gay City Council member in Columbia’s history if elected on Tuesday, praised Columbia for historically being on the cutting edge when it comes to gay rights.

Columbia was one of the first cities in Missouri to pass an ordinance prohibiting discrimination based on sexual orientation back in 1994.   In 2011 the Council added gender identity to the nondiscrimination ordinance.

"Diversity, tolerance and inclusion have historically been key values in Columbia," Rader said.  "But future city councils will need to continue to pursue these agendas if we are to be a welcoming community now and in the future."

Rader challenged other candidates for the Council to make this gay rights pledge as well.