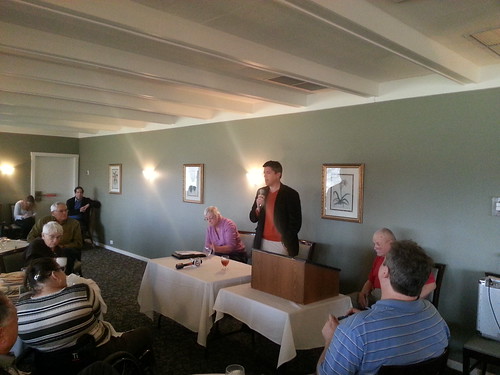 A muddied A-game vs. a clear C-game

His Coop boss, CEO Todd Culley, is chairman of REDI, a City Hall department that doubles as a business lobby and doesn't need any more influence with the City Council.

Elizabeth "Betsy" Peters brought her C-game to the debate, never coming out decisively enough on an issue to firmly separate herself from Euliss.

Forceful, direct, and on-point, Euliss -- a photogenic sort -- wants the job, and it showed.  He spoke to -- not at -- the audience, with a commanding voice that sounded sincere and unlike Peters, without prepared statements.

His big issue -- more cops on the street -- fell flat with voters weary of Ferguson and Mayor Bob McDavid's defeated "public safety property tax hike".   But he resonated with pitches to "rebuild lost trust at City Hall" and demand greater equity between developer and taxpayer contributions to city growth.

Peters has big shoes to fill.   Supporters consider her the heiress-apparent to 3-term, 6th Ward Councilwoman Barbara Hoppe -- always a juggernaut on the campaign trail; and her sister Ann Peters was one of the city's most outspoken and well-regarded policy makers as a long-time Planning and Zoning Commissioner.

She didn't fill those shoes during the debate.   Rather than take firm positions on many of the issues audience members raised, Peters chose a generalist platform with lots of room for Town Boss and city administrator interference.

Her big issue -- "taking a civil, cooperative approach to reach consensus, heal the divided body politic, and pull the City Council back to the middle" -- sounds good but plays poorly, in a system built on boisterous resolution via political sparring.

The debate's unqualified winner was moderator Bill Clark, who has engineered an orderly, no-nonsense, audience-driven format from which every other debate-hosting group could learn and benefit.

I'm rating the candidate's responses to audience questions 1-4 stars, with 4-stars for the best answer and no stars on issues about which I have no opinion.

1)  Would you let Columbia voters decide the "Big Issues"?

Peters:  Having a vote of the citizens on issues like the plastic bag ban or trash roll carts is fine with me. ****

Euliss:   We can't have every issue on the ballot, but if it's a big issue or major change, I would support a public vote.  Sending roll carts to voters is a good idea because it's such a radical change.  ****

2)  Which option do you support for the Grindstone to Stephens Lake trail connection?

3)  How would you deal with crime and public safety?

Euliss:   We need more police on patrols and on the street. *

Peters:  We can't expect police to solve all of our crime problems.  We need to take more responsibly for each other.  ***

4)  Do you have any solutions for parking in East Campus, where students are swamping streets?

Euliss:   I don't have any solutions, but nothing makes me madder than if somebody parks in front of my house, then goes to another house.

Peters:  I have no solutions at this point.

5)  Will you make a campaign promise that neither your boss, Todd Culley, nor his position as chairman of REDI will influence your vote on the Columbia City Council?

Euliss:   Yes.  When I am on the Council, I represent the citizens.  I want to be clear on that.  I do support the wonderful public-private partnership known as REDI and what it tries to do for the City of Columbia, but I will not let my own thoughts and beliefs interfere with representing the citizens.  *** 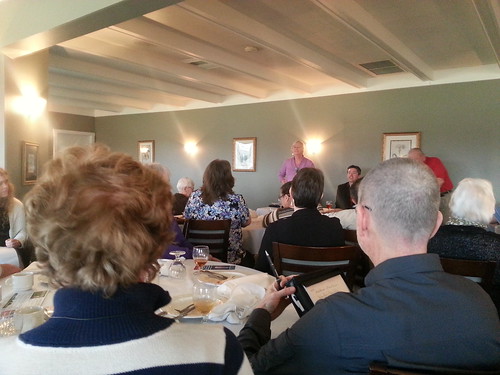 6)  If an ordinance decriminalizing small marijuana grow operations were to come before the City Council again, would you support it?

Euliss:   No.  I'm not in favor of passing any ordinances that may conflict with state or Federal laws.

Peters:   No.  I would focus on changing state law.  It's important that we make rules that are the same for everyone, not different city by city.

7)  Would you work to integrate the Columbia and MU police departments?

Peters:   Having them work together sounds like a reasonable idea.***

Euliss:   They should work together, and anything they can do in that regard is a good idea.***

8)  How will you decide how to raise and spend public money?

Peters:   We have to listen to what our citizens want, not find ways to ignore them.  It's their money we are spending, not ours.***

Euliss:   Before we try to raise any more money, we have to rebuild the public's trust in city government.  Meanwhile, we have to fund priorities first, and we have to show our citizens that we are serious about spending their money on REAL priorities.****