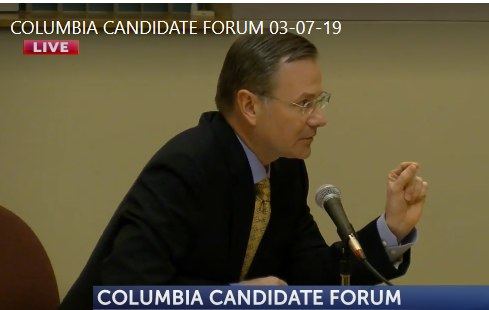 "There is now a multi-year, multi-state Federal investigation underway of Brian’s longtime lobbying client, Preferred Family Healthcare," Mr. Kelly said, responding to a question about energy-efficient city buses.  "Now, there have been sixteen convictions and indictments for Medicaid fraud, for bribery, and for other Federal charges.

"The most relevant of those charges for us is that the CEO of Preferred Family Healthcare pled guilty to making illegal payments directly to Brian’s lobbying firm, Treece Phillips, of $914,000.

"That I believe to be a significant conflict of interest for the people of Columbia," Mr. Kelly concluded. He then responded to the original question. "The city and school district should be working together," he said.  "Fewer buses make sense."

“Chris, your hypocrisy is stunning,” replied Mr. Treece, who led the charge to remove Columbia city manager Mike Matthes and police chief Ken Burton for ethics and transparency violations. “You voluntarily left the Missouri House of Representatives so that you could cash in to become a lobbyist for a monopoly utility [Ameren] within weeks after leaving office. 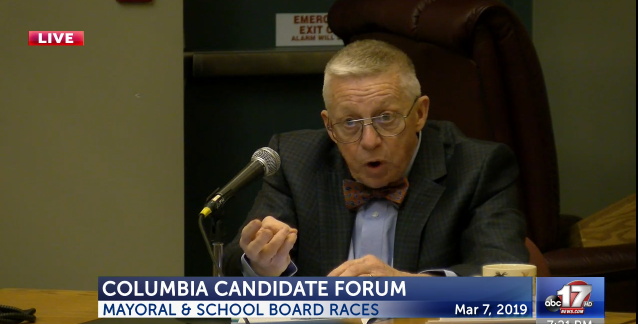 "And then you chaired this city’s infrastructure task force and never disclosed to anyone in this room, or who took the time to attend those meetings, that you were being paid by a utility."

"You can reach back into all of our past clients, but there’s been no allegation of wrongdoing on my part and there’s been no allegation of wrongdoing in this state, and you know that," Mr. Treece continued.  "As an attorney, a judge, and an officer of the court, you have a duty to tell the truth. I think this is more about your integrity than it is mine.”

Mr. Haim spoke up when the microphone went back to Mr. Kelly.  "You notice that Brian didn’t deny the truth of anything I said," Mr. Kelly insisted.

"He accused me of hypocrisy," Mr. Kelly continued.

"Now Mark, he did not deny the truth of anything I said," Mr. Kelly replied in a louder voice.

"The City of Columbia knew that I worked for Ameren," Mr. Kelly said. 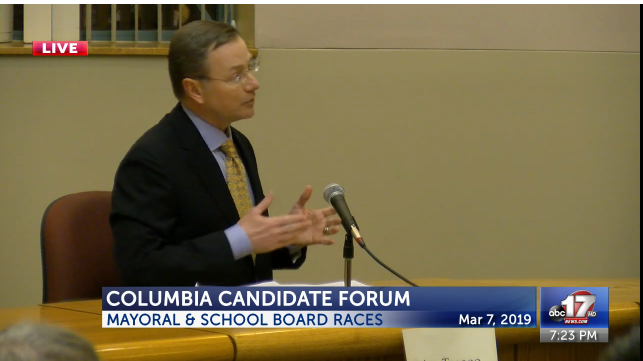 "And Ameren knew that I worked for the city of Columbia," Mr. Kelly said.
"The city may have known, but you never disclosed it to the task force," Mr. Treece said.

"Let’s keep this on point to our discussion tonight, of climate change and energy issues," Haim explained.  "When you started on the other, Chris, I figured I don’t want to be chopping someone off at the middle. And when Brian responded, I didn't want to cut him off.  But at this point, let’s keep it on point."

"There is no single person in this room, not a single person, on the question of Medicaid fraud..." Mr. Kelly loud-talked, continuing through audience clapping that obscured the rest of his comments.

"Chris, you have the opportunity, during the remaining campaign, which is the better part of the month, to bring up whatever issues you want," Haim said.

LEGISLATOR TO LOBBYIST
Mr. Kelly left the legislature to join Ameren as a lobbyist -- and quickly became Exhibit A in the ethically gray legislator-lobbyist revolving door.

"Former Rep. Chris Kelly, D-Columbia, has joined the team of lobbyists helping St. Louis-based Ameren Missouri with bills affecting how investor-owned electric utilities get paid for infrastructure," the St. Louis Post-Dispatch reported, in a Feb. 2015 story about the "revolving door." 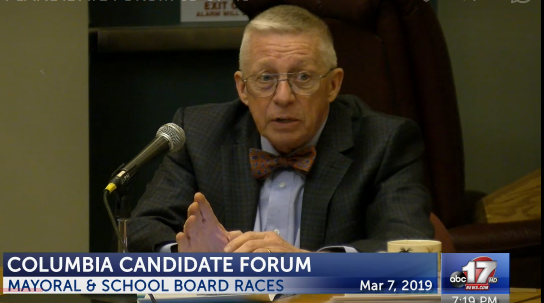 Reports about his switch were locally sparse, with one story in the Columbia Daily Tribune eight months before Mr. Kelly took over the Mayor's Infrastructure Task Force. None of at least a dozen subsequent local newspaper and radio stories or editorials mention Kelly's Ameren connection, either.

During the group's Sept. 14, 2015 meeting, Mr. Kelly made no mention of Ameren when he introduced himself "to the assembled masses."

"I'm Chris Kelly," he told Task Force and audience members.  "I spent a good many years in the legislature. 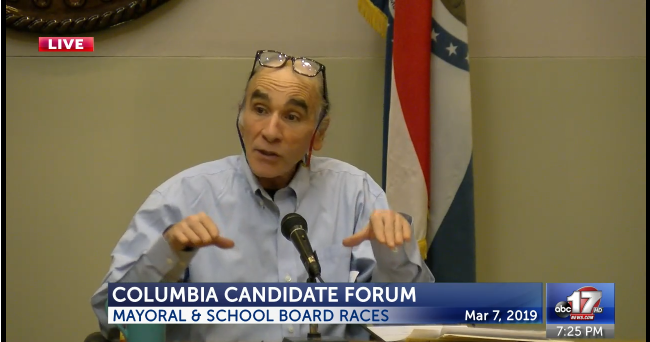 "The Mayor wanted technically competent people rather than politicians.  It looks like, with the eight of you, he succeeded. But with me, he failed kind of miserably."
PLEA DEALS
A 4,000-employee, 5-state behavioral health services provider whose problems have been largely confined to the Arkansas market, Preferred Family Healthcare announced it would leave that state after regulators ended contracts over the bribery and kickback scheme Mr. Kelly referenced.
Mr. Treece and his Jefferson City-based firm are neither named nor indicted in dozens of reports and legal documents issued since the investigation started in 2017.  Key plea deals described as "exhaustive, mind-boggling, and sprawling" focus on Arkansas-based legislators and company officials.

"Five people...are described as "co-conspirators" the Springfield News Leader reported in Dec. 2017.  "Three of the co-conspirators were executives of Preferred Family Healthcare;  one served as an executive for company operations in Arkansas; and another was an Arkansas lobbyist and former state legislator."

Ironically, in Missouri the company has fared far better.