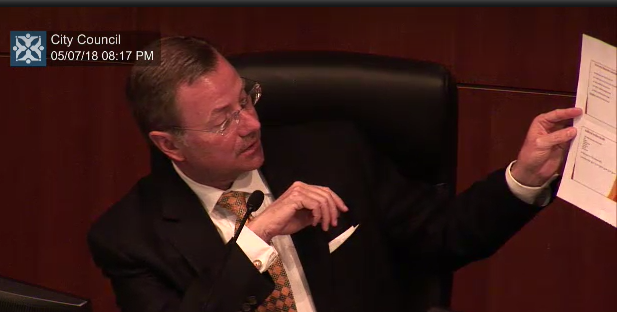 Much ado about nothing

Controversy erupted at a January 10 campaign forum, when Mayoral candidate Chris Kelly attacked Treece for lobbying against the idea with the state legislature.  Columbia Tribune columnist Hank Waters piled on in a Saturday editorial.

"If you are Mayor of a city, you should not lobby against things the city is trying to get done with its own school district," Kelly said. "It’s unseemly. It’s a conflict."

"The City and the School District entered into negotiations about putting school kids on city buses to take them to school," he told the forum audience, detailing the plan.  "Change their lines a little bit, change the times a little bit, and we’ll give you some money and we’ll get some vouchers."


"I was not approached by the school district nor did I have any discussions with the school district regarding this issue," Treece said.  "Students can already ride the bus for free, and Federal requirements prohibit the city from offering exclusive service to single-entity customers."

City officials did, however, consult with the school district on placement of bus shelters; and launched a 2014 pilot voucher program that allowed Hickman High School students to ride city buses Glascock characterized as "not successful."