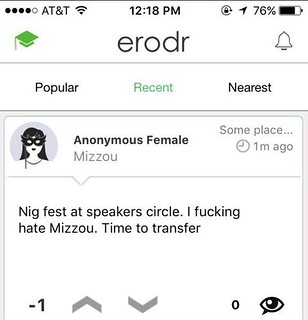 You've probably heard of dumb criminals, like this headline about cops following a trial of macaroni salad straight to suspects in a robbery.
Now meet dumb racists:  Mizzou students and/or visitors continuing to yell racist remarks on campus, or post N-word laden snark on anonymous social media apps like Yik Yak and Erodr, where "anonymous posting in a college student community allows for social freedom and increased privacy from the world."

As the antics pile up, so do the converts:   Skeptics -- mostly white, older types -- who thought racism was not a problem at their beloved university or believed Mizzou's black students were over-reacting.
Not so much anymore.
"Why don't black people like blow jobs?  They don't like any jobs," a Yik Yakker posted Thursday. 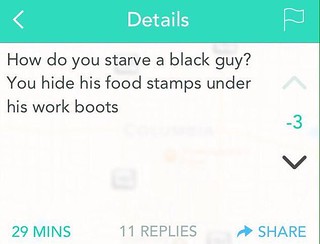 The yucky yakking caught the eye of Missouri Students Association president Payton Head, who Tweeted them Thursday.   "These are students @Mizzou," Head wrote.  "This is how they feel about their peers."
"Sad to see more hate speech hiding behind anonymity," Loftin, aka @bowtieger, responded.  "Racism, bias, discrimination have no place here."

One of the nicest people you're likely to meet, Head went public in September after classless types repeatedly hit him with the N-word on the Mizzou campus and on his way to Hot Box Cookies in downtown Columbia.

He recounted the encounters as a keynote speaker at October's Mizzou Black Studies Conference, peppering his remarks with humor, grace, righteous anger, and a mantra he repeated.

"I love Mizzou,"he said.  "I love the campus; I love the people."  He would not leave, but rather, fight, peacefully, for change.
The way of the peaceful warr 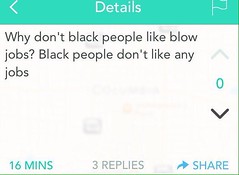 ior has taken new paths since, most notably with grad student Jonathan Butler's hunger strike.   It's a Gandhi-esque approach Butler admits could end his life, but for a cause he believes is long overdue.

It also speaks, not only to black students, but to people oppressed in ways both large and not-so-large.

In many respects, Mizzou's black student protests are a call to reform the administerial culture that permeates virtually every American institution.

That culture has been under fire at Mizzou, from President Tim Wolfe's 2012 decision to close the University of Missouri Press, to these latter days, of Chancellor Loftin vs. Planned Parenthood, Graduate Students, and Racism. 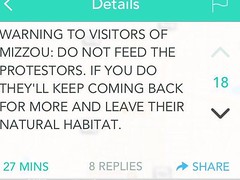 Protesting under the banner #ConcernedStudent1950, the group wants Wolfe out and Loftin to press for more effective reforms.

1950 -- nearly 100 years after the Civil War -- was the year Mizzou admitted its first black student.

The national media is catching on, with recent stories in the Washington Post and New York Daily News.

"I love Mizzou."   With those words, Payton Head may have cast a different light on the protests, as a group intervention to save a loved one's life.