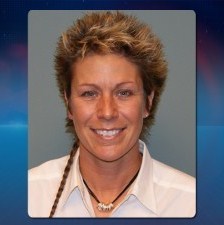 About our printing this note regarding the Fred Schmidt recall story -- "Former First Ward Councilman Paul Sturtz, who supported Mr. Schmidt's candidacy, sent the Heart Beat this note at press time: Mark Flakne was Mitch Richards' campaign manager. Richards opposed Mr. Schmidt during their campaign," -- Mr. Sturtz writes:
As you know already, a cardinal rule of reporting is you don't need to quote a source when you're writing about facts. That's like saying you must interview Mitch (sic) Romney to tell the world that David Axelrod works for President Obama. A number of people won't talk to you because you twist their words for your own agenda. And pull stunts like this. -- Paul Sturtz, Columbia
It's time to add a commenting module to your Joomla installation. Encourage dialogue. Otherwise, it's just preaching.
-- A bitchy Ph.D., Boone County
[Ed Note: All commenting on our stories is done on our Facebook page:
http://www.facebook.com/columbiaheartbeat ]
Your work to publish the news letter is vital to getting a fair look at the Columbia scene. With the very biased "reporting"

that goes on in both local papers (to which I subscribe and read daily) your reporting is vital to being accurately informed about Columbia. With sincere appreciation. -- George Hobson, LTC USA (RET), Columbia
I hope the vote is overwhelming to get Fred Schmidt out of office. It will send a strong clear message to the rest of the Howdy Doody Gang. Meanwhile, if you had Zim Schwartze for Mayor, you would have a strong Mayor on the crime issues that plague Columbia, and for sure not somebody in the developers' back pockets. -- Charles Dudley, Jackson, Calif.
GO, ZIM, GO!!!!!!! Lady's got MY vote!!!
I'm also disturbed by Fred Schmidt's flip-flopping as well as Mayor McDavid's condescension toward the general Columbia populace.
This was shown to me when I asked about the student housing that's been hastily built (and burned) with only more to come. ALL without regard to traffic flow, infrastructure and how much a pain this is going to cause residents who live in these areas, including the hit to the pocketbook folks will take when property values fall. And what about the safety of students who will return to live in the even more hastily built units?
This whole things stinks. Literally and figuratively.
And what's this I hear about the University Press closing to "cut the budget?" Whilst the Big U spends millions of dollars to spruce things up to the SEC's expectations, record freshman classes swarm the town, and for what? Academics? Maybe. It all just doesn't add up.
Thanks for ALL you do, Mike! -- Kay Allen, Columbia
Just another cheer from the balcony, re your work. -- Edmund Lambeth, Columbia
I've noted that you've referred to George Kennedy several times as "Missourian editor." While he's certainly a columnist for the Missourian, George hasn't been the editor (or an editor, in fact) of the Missourian since August 2001. -- Tom Warhover, Editor in Chief, Columbia Missourian [Ed. Note: Thanks! Please see errata note in conflict of interest story.]
About our story on Grant Elementary's new Montessori pre-school
This project would invite young urban professionals to the heart of Columbia and assist in supporting downtown growth. Stewart road (Grant elementary) has a history of being relatively recession/depression proof.
Accountability is a variable problem with public-private partnerships because as many investors know, spreadsheets can tell many stories and we typically hear more failures than successes. The bottom line is that this project will provide additional support for the lower income of Grant. I say if investors are willing and able to invest up front, there probably is some private incentive. Let's encourage investors to keep their investment dollars in Columbia, as they probably have a list of other opportunities. -- Kathy Miller, Columbia
I work with Myke Gemkow as president of the board of Columbia Community Montessori. I just read your article about the upcoming Montessori preschool at Grant and one part of it confused me. What CPS subsidy are you referring to as a funding source for the school? At Columbia Community Montessori, part of our funding comes from a subsidy for parents who work or go to school to pay for preschool. This is from the state, not the school district. Is this what you meant or is there some other subsidy? -- Ellen Wilson, Columbia
[Ed. Note: The CPS subsidy I'm referring to is the use of Grant Elementary for the Montessori. That includes space, utilities (water, sewer, power, lights, heat, air), premises and liability insurance, furnishings, school library, good will, etc. -- all things that have expenses or values (like rent) attached to them that any fully private school would have to pay for out of pocket.]