"When a student athlete is charged with a crime”

That’s the Mizzou Maxim, which I encountered on making a straightforward Sunshine Law request, for payments made to lawyers representing student athletes.

Columbia Mayoral candidate Skip Walther was one of only two attorneys who received compensation “for legal services provided to MU student-athletes in connection with NCAA inquiries,” MU records custodian Paula Barrett wrote me. Wally Bley was the other.

She and Skip are still on the same team, however: Team Maxim.

Lauren Gavin encountered the Mizzou Maxim when she reported that basketball star Michael Dixon raped her.

“Afraid of what might happen,” according to MU police detective Sam Easley, Gavin declined to prosecute, ESPN reported in an “Outside the Lines” documentary released in June. She instead settled for an apology from Dixon orchestrated by then-head basketball coach Mike Anderson. After a second rape allegation in 2012, Dixon left Mizzou for Memphis, where he became a star on the court.

Teresa Braeckel encountered the Mizzou Maxim shortly after Tiger star running back Derrick Washington sexually assaulted her in June 2010, about six months after the Gavin incident.

“Numerous university officials” knew Washington had a history of violence against women, including rape, ESPN reported. “But they failed to protect Braeckel and other potential victims.” 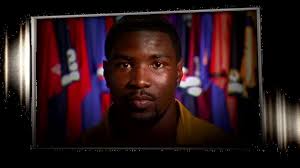 After Washington allegedly punched a Mizzou women’s soccer player about a month before the Braeckel assault, the soccer coach said "she would not have any problems with her scholarship if she declined to prosecute...and kept the incident with Washington out of the news,” ESPN reported.

In an alleged 2008 rape case, graphically described in the documentary, Washington told his victim – a woman called “Jess” – he would kill her if she reported it. She did, but the Mizzou Maxim kicked in and nothing happened.

Boone County prosecutors declined to prosecute. “Legally bound” under Federal Title IX to conduct their own investigation, university officials did not follow through, either. “They knew what he did to me, but they did nothing and allowed him to do it to another girl,” ‘Jess’ told Outside the Lines (OTL) between choked sobs.

Washington was tried and convicted in the Braeckel case, serving 120 days of a 5-year prison sentence. Last year, MU Chancellor R. Bowen Loftin issued a list of new policies and investigationsin response to the OTL investigation.

My run-in with the Mizzou Maxim, though trivial in comparison, was still trying.

I sent my request to Barrett, who stalled for almost sixty days. The Sunshine Law requires a response within 3 working days.

At first, the person with the information was “out”.

Subsequently, Ms. Barrett informed me no records would be released until she received a $145 processing fee, with a two-week delay following payment.

I requested a fee waiver – I make about 20% of that amount on Heart Beat columns, and the publication has no budget to cover such expenses.

The Sunshine Law allows waivers for materials “in the public interest, likely to contribute significantly to public understanding of the operations or activities of a public governmental body.”

But the University was “not prepared” to waive fees, Ms. Barrett responded.   That is patent nonsense.  Mizzou routinely waives fees for news media. Two months later and $145 poorer, I had my records.

Though I discovered Walther, I set out wondering if Mizzou was paying Columbia attorneys Bogdan Susan and Christopher Slusher to defend student athletes in criminal investigations. Arman Keteyian and Jeff Benedict alerted me to Slusher’s and Susan’s presence on Team Maxim in The System: The Glory and Scandal of Big-Time College Football.

"Every year during Fall camp,” the authors explain, “Derrick Washington had listened carefully as Bogdan Susan -- a leading criminal defense attorney in Columbia -- paid a visit to the football team and talked about what to do if approached by law enforcement: Say you want to talk to your lawyer."

After one of Washington’s coaches heard from police about the Braeckel case, he gave the athlete Susan’s number.  “Susan was the team lawyer,” Washington said. “He came in and spoke to the team every year since I was a Freshman.”

It’s no wonder attorneys are so involved in Mizzou athletics.

ESPN found 63 criminal incidents committed by Tiger football and basketball players from 2009 to 2014, 43 of which were deemed “sexual assaults”.

In fact, the University of Missouri ranked 2ndamong the colleges ESPN surveyed in sexual assault allegations.

If you’ve never read or heard that statistic before, that’s because local media practice the Mizzou Maxim too, failing to report stories about student athletes and crime until they make national headlines.

It took the ESPN documentary, released this June, to reveal a 2012 assault allegation reported to Mizzou police against football star Dorial Green-Beckham.

Though Barrett couldn’t detail precisely why Mizzou is paying Walther and Bley, NCAA inquiries are not criminal investigations and "the University does not pay (through its Athletics Department or otherwise) for representation when a student athlete is charged with a crime,” she explained.

”When a student athlete is charged with a crime.” It’s hard to hear the roar of the Tigers over those words -- even with Team Maxim on the field.