HICKMAN GUNMAN: Out of jail on bail for DIFFERENT gun crime! 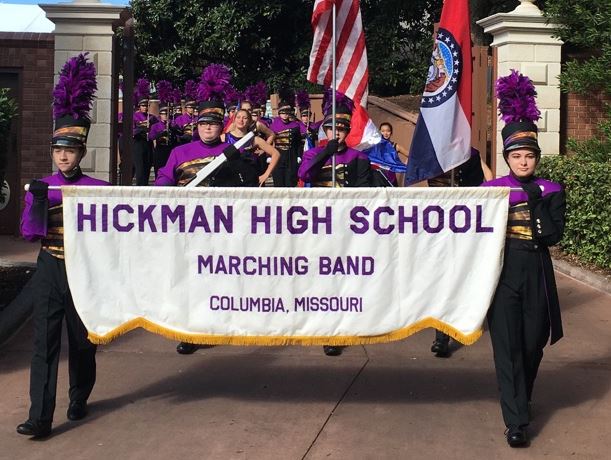 Gun control -- or judge control?
COLUMBIA, Mo 10/7/17 (Beat Byte) -- One of two men who twice entered Columbia's Hickman High School campus with prescription drugs and loaded guns Monday was out on bail over a firearms charge in another county.

Warren County Judge Richard Scheibe allowed Hickman gunman Jamel Tackett, 18, to bond out of jail in May with an accomplice in a Warrenton home invasion robbery, De'Aunte Shaw, also 18 and a convicted felon serving a "suspended" four-year sentence.

The cases illustrate a chronic failure of criminal courts to keep violent offenders off the street.

Arrested in Warrenton with Shaw and two other suspects May 17 for possession of stolen firearms connected with the home invasion, Tackett twice trespassed on the Hickman campus Monday carrying guns and alprazolam (Xanax).   Columbia police arrested him and Frank Gray, also 18, who was carrying a stolen credit card.

"The safety of our students, faculty and staff is our top priority," Hickman principal Tony Gragnani said at the time.   "Our Hickman faculty and school resource officers followed proper protocol and procedures and were quickly able to address the situation.   I take this incident very seriously."

ilar concerns at a meeting with police Thursday evening.  “Who are these people? Who were they looking for? Why do we assume they won’t come back?” said Kim Kraus, treasurer of West Middle School’s Parent Teacher Student Association, who attended the meeting with seven other parents.

During a search of Tackett and his three accomplices in Warrenton, police found stolen weapons including an AK-47 rifle and a handgun.   They charged all four, including Tackett, Shaw, 18, and another Columbia man,  Dydreonte Buchanan, 17, with two felony counts of stolen weapons possession each.

A convicted felon not allowed to possess firearms, Shaw was facing even more charges over a May 16 Columbia shooting when he was arrested with Tackett in Warrenton.   Shaw was charged in Columbia when bullets he allegedly fired May 16 struck a duplex on Gregory Drive.

During the home invasion robbery he allegedly carried out with Tackett's help, Shaw reportedly punched a female in the face several times, and pistol whipped a male.

Police reported "severe bruising and swelling around the male victim’s right eye, severe bruising on his forehead along the hairline and bleeding from two lacerations on his face."

The same judge, Richard Scheibe, who freed Tackett on bond also allowed Shaw to post bonds after he was charged with felony assault and stolen weapons possession.

Boone County Judges Michael Bradley and Deborah Daniels have ordered Tackett and Gray, respectively, held without bail in connection with the Hickman weapons and drug charges.  Tackett was arrested again Thursday after posting a $5,500 bond in what appears to have been a snafu or miscommunication between the courthouse and jailhouse.