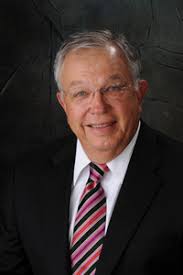 For the first time in recent memory, Commissioners will take public testimony on the budget at 7 pm, Tuesday, December 3rd, continuing with evening budget meetings until the final draft is approved.

While the Columbia School Board and City Council both meet during the evening to accomodate public testimony, the County Commission meets at 9:30 am every Tuesday and 1:30 pm every Thursday.

This publication has been highly critical of the Commission's approach to public testimony, particularly about the budget.   Commissioners debated and approved the 2011, 2012, and 2013 budgets during the Christmas holidays.

Elected on partisan tickets, the Boone County Commission is 100% Democrat.   By keeping the budget process so insular, the lack of transparent public engagement plays into the worst stereotypes of "tax and spend Democrats."  But it also defies a party philosophy which emphasizes the importance of the average person, the common man.

In a comment that seemed to miss all these points, Southern District Commissioner Karen Miller told reporters in July that only twice in her 20 years on the County Commission has someone spoken at a budget hearing, "which is pretty sad."

At roughly $65 million, the 2014 budget is reportedly Boone County's largest in history.   It includes a sales taxes for emergency and children's mental health service.
RELATED: