A wartime psychiatrist from Columbia, Mo confronts the enemy from within.  Final of 6 parts

Messages suggesting Jones was about to find himself on trial in the court of public opinion started darkening his digital doorstep in late May.   A reporter for Bloomberg, Elliot Blair Smith, took an almost passive-aggressive approach to get Jones to talk.

Though he sounded sympathetic, Smith’s questions were anything but.   He led with comments about a 2008 stateside DWI (driving while intoxicated) arrest, mentioned something about Jones “lying to the police,” and then expressed concern about how difficult everything must have been.

“He sounded like he had a pre-determined angle he was pushing,” says Jones, who refrained from commenting.

Smith’s August 1 Bloomberg/Business Week story bears out Jones’ concerns.   With little personal context and even less indication how it affected his military duties, Smith drops in a few ad hominem paragraphs about that DWI.   His story calls it a second offense, but court records to which the story links show a complaint amended to reflect a first offense only.

While bemoaning the combat stress that befell Sgt. Russell after three tours of duty, the story never mentions Jones’ five tours, or anything about the dozens of soldiers he helped on the front lines.

About Jones, the Bloomberg story is negative.  About Russell, it equivocates, justifies, and points the finger at everyone but the shooter.   That approach has left Hannah Barton scratching her head.

Sgt. Russell “was in the right state of mind to drive 30 mph across the post (20-30 minute drive) without speeding, and to sit outside the Combat Stress Center (CSC) and smoke a cigarette,” she writes in her online petition.  “He also had the presence of mind to take his name tapes off of his uniform and hat.  He shot five innocent people in the head, one of them being my little brother, who didn't even have a weapon.   None of the soldiers there had weapons, since the CSC requires you to sign them over at the front desk to prevent things like this.”

A person who seemed even more benevolent than Elliot Smith showed up on Jones’ physical doorstep this month, three years after the killings:  a kindly gray-haired man with quick eyes, a gentle tone, and a disheveled, Columbo-esque demeanor.

“We know all about you, Dr. Jones,” the man—who introduced himself as “David Fechheimer”—said, in so many words.

No doubt.   As one of the nation’s foremost private investigators, Fechheimer—a 70-something San Francisco-based former literature scholar the San Francisco Times likened to Jerry Garcia (for his shocks of white hair)—makes $350/hour digging the dirt that discredits:  about witnesses for the prosecution, on behalf of defense attorneys like James Culp.

Culp, meanwhile, continues orchestrating behind the curtain, stepping out for an occasional comment, or for Elliot Smith, a video that features Jones’ DWI mugshot next to Russell’s mass-murder mugshot.

With its exhausting, multiple deployments, the Iraq War, Culp tells Smith, was “an experiment with consequences.”

“The citizens of the United States will learn shortly, whether they want to or not, a psychiatric truth,” Culp says.   Mostly, soldiers like John Russell are just going to kill themselves.  “But sometimes, other people are gonna die, too.”

Mike Jones tells a story about a different kind of evacuation back home, as a widower between deployments.

In the last days of an 8-month struggle with pancreatic cancer, his wife’s mother Margurete needed transport from a small summer home in Minnesota to family in the Kansas City area.

With his brother-in-law and sister-in-law, Jones carefully loaded the frail eighty-something woman into the long rear section of a station wagon, making the six hundred mile drive, slow and careful to avoid pain and bumps.

Coupled with everything that has happened since, it seems a journey with Faulknerian overtones, As I Lay Dying for modern times. 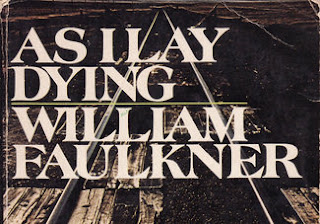 With Margurete relocated to her children’s home, Jones returned to Colorado, his base for a five-state region of locum tenens assignments—temporary psychiatry jobs in inpatient and outpatient clinics—while he awaited word from the Army about where he would be going next.

He got that word—a possible emergency deployment to Afghanistan—just as Marguerite died.  For her August 29, 2008 funeral, he drove 700 miles at night from Colorado to Missouri, knowing that at any moment his deployment orders could arrive.

He was pulled over for the DWI during that trip, and has since found the lapse Exhibit A in Sgt. John Russell’s defense claim that his psychiatric care was so flawed, it led him to kill five people.

After his wife Karen passed from longstanding complications of lupus, Jones was alone for the first time in 18 years.   A U.S. Marine during Vietnam, he returned to the military’s structure and discipline to reset his inner compass.

His 7-year series of overseas tours started with a 2002 stint in war-torn Bosnia.  He was fifty two years old, and a rare commodity the Army called up time and time again—a psychiatrist on the front lines. 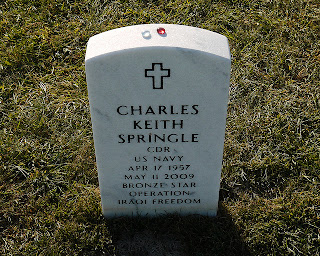 Now, three years after John Russell, Dr. Jones can no longer sit across from a soldier, a client, or a patient.  His long career has quietly disappeared.

The aching grief, the survivor’s guilt, and the tragedy of that Mother’s Day weekend:   What to make of it all?

In the heat, the sorrow, and the weariness, Jones is left with no answers.  Instead, he has only memories—of the competent, well-trained, empathetic team he left behind and the man who took their lives.

“John Russell shot five people in the head, and they weren't even armed,” Hannah Barton reminds.  “Worse still, he had been to meetings with a few of them, and they were U.S. Soldiers -- just like him.”