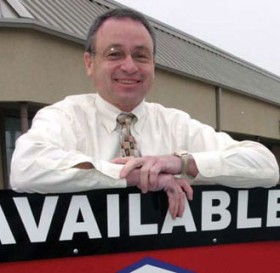 Land praised City Hall's February Blight Decree designating private property all over town "blighted" for a so-called Enhanced Enterprise Zone (EEZ) and poo-pooed its critics.
"Someone has to have an over-active imagination, pre-fixed bias, or undeclared political agenda for those types of irrational concerns to even be raised," he wrote REDI chairman Dave Griggs about citizen concerns over blight and eminent domain.
Now, Land is worried that declaring any part of Columbia "historic" would violate private property rights. "If you start putting restrictions on people's property over the objections of a property owner without compensation, that's a problem," he told the Columbia Tribune.
Joining Land, a woman Keep Columbia Free nicknamed the "Beata of Blight" -- CID Director Carrie Gartner.  (Beata is from the Latin, roughly meaning Blessed woman).
Gartner testified in favor of Blight-EEZ.  And until conflict of interest concerns over her relationship with fellow board member Jonathan Sessions became untenable, she sat on the EEZ Board that dictates land use policy to private property owners in the blighted area.
Now, Land, Gartner, the CID, and the Chamber of Commerce are up in arms about the historic designation plan, which would extend a demolition waiting period from 10 days to 30 for historic properties, slowing Columbia's cheaply-built apartment-crazed developers, if only for a few weeks.
These same people couldn't cheer loudly enough for blight.  They want to impose EEZ designations on private property they don't own, including hundreds of homes in the central city.  They disregard concerns about eminent domain, triggered by blight decrees in state statutes.
Paul Land ended the Trib story with an ironic little gem about the historic designation. "The property owner, if he objects, must duke it out in a public forum and hire experts and possibly legal representation," he said.
But what about a Blight Decree or eminent domain action that forces a property owner to duke it out in public forums -- or in court?   Mr. Land, it seems, wants to pick and choose which property owners get the benefit of property rights.
RELATED:
http://www.scribd.com/doc/102832033/Paul-Land-letter-supporting-Blight-Decree-2-22-2012
http://www.columbiatribune.com/news/2012/aug/12/proposed-historic-district-rules-cause-property