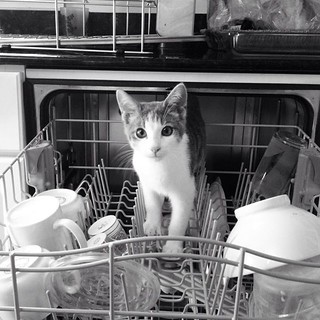 Troubling brand of "shots fired" incidents has neighbors on edge
COLUMBIA, Mo 10/29/14 (Beat Byte) -- A young woman in Columbia's Grasslands neighborhood has issued a plea for help on Facebook and other social media to stop the person or persons who shot not one, but two of her family's cats.

"My family and neighborhood are deeply sadden by this loss," writes Lexi Price.  "Who would shoot an innocent animal for pleasure?   This is a pure 'blood sport' and absolutely revolting."

The shootings started a few weeks ago when her cat Bill "was shot in the back," Price explains. next to X-ray and veterinary pictures showing damage from the bullet, a .177 caliber air rifle pellet, often used for target practice and small game hunting.   Friday afternoon, "another of my parents' cats, Finn, was also shot on Burnam Road."

With a long recovery period predicted, Bill the cat is stable.  "But Finn was not so lucky," Price explains.   "He was put to sleep."

"I don't know how people can be so cruel," added Denise Morrill.

"I'm so sorry," said Dawn Mackay.  "I truly believe karma has something especially horrible in store for those who harm innocent beings, such as animals."

"Shots fired" incidents are almost unheard of in the Grasslands, a mix of tree-lined streets, upscale older homes, and student rentals.   The thought of someone firing a weapon powerful enough to maim and kill a cat is troubling not just for the cruelty it represents, but for the danger it poses to the neighborhood's many human residents.  Across from the University of Missouri's Greek Town, the Grasslands is densely populated:  students from the neighborhood are often seen trying to navigate their ways across Providence to Mizzou.

Price, meanwhile, has three messages.  For the perps.  "Police reports have been filed, and we hope to find the person responsible and hold them accountable for their actions," she explains.

For the people she knows:   "Please keep sharing!   Not just for Finn and Bill, but for ALL animals."

And for the friend she loved and lost.   "You were a great cat, Finn!" she writes.   "You will be missed dearly."

Help us keep telling the stories that matter here at home.