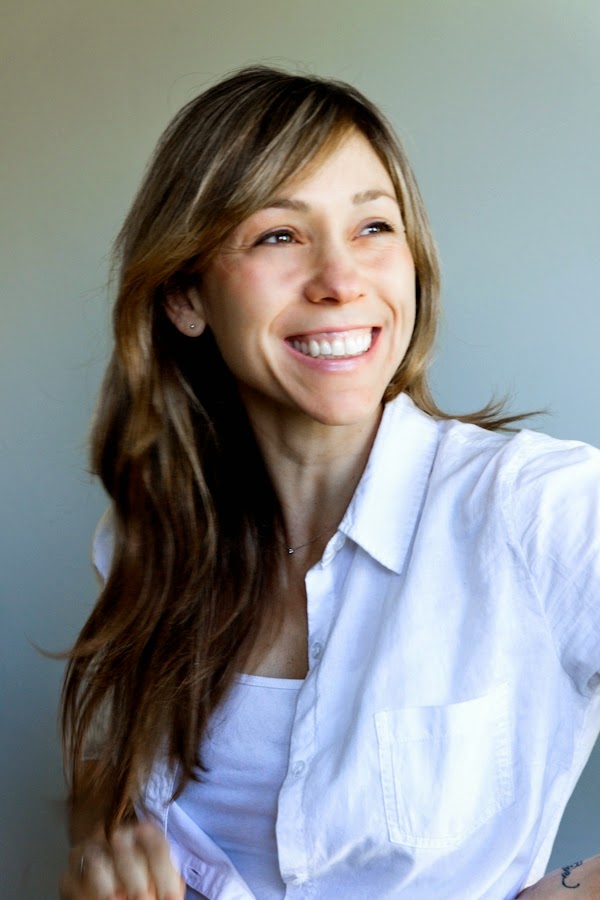 A triple threat and her talented teams

COLUMBIA, Mo 10/19/14 (Profile) -- As one of the film industry's more prolific independent producers, Columbia native Katie Mustard may have one of the hardest -- yet most coveted -- jobs on the planet.

A multi-tasker extraordinaire behind dozens of movies from virtually every genre and storyline, Mustard plays conductor to the symphony of sight, sound, and performance better known as "Lights, Camera, Action!"

A 1997 Hickman High grad who went onto USC film school and a career that takes her to every global corner, Mustard is firstly a seeker, on a never-ending quest to find the great script, the passionate director, the talented actor, the intrigued investor, the seasoned crew.

With three films at Columbia's Citizen Jane Film Festival next month, Mustard and her movie makers introduce audiences to a trio of takes on a powerful theme:  love, at a distance.

Young love's dark side evolves in the temporal space that separates Davina and Sterling (he's a few years older) in Leah Meyerhoff's I Believe In Unicorns, a "coming of age story about a relationship that isn't meant to work out, told with a really cool style," Mustard explains.

Eight and 16-millimeter film marry stop-motion animation in what Mustard calls "a microbudget movie with a major breakout talent":  Natalia Dyer as Davina, all of 15 when the project began three years ago.

Struggling to find reality via fantasies of unicorns and her beautiful-but-doomed relationship with Sterling (Peter Vack), Dyer portrays "the uncertainty, the uncomfortable feelings we can all identify with being a teen," Mustard says.  "She is amazingly real."

Simon Helberg's charming but clueless romantic will jump off the screen and into audience hearts as he realizes the woman of his fantasies is not the woman of his dreams in the second Citizen Jane film Mustard produced, We'll Never Have Paris.

The lover's distance is spatial here, as Helberg's Quinn Berman heads from New York to Paris to make amends and follow through with his once-intended betrothed, the smart professor girlfriend he foolishly throws over for a "hot, tall blonde" who unexpectedly confesses her love for him.

The Big Bang Theory star struggles and fumbles as fantasies collide with dreams on a comedic -- if not cosmic -- scale.

"Helberg's screenplay was laugh out loud funny!" Mustard tells the Heart Beat, about her decision to sign on for the humorously hapless French sojourn.   "After I met Simon and his better half, co-director, Jocelyn Towne, I committed.   They are good people passionate about telling smart and entertaining stories, something you know instantly when you meet a filmmaker.  I also felt the material was commercially viable with a fresh comedic voice."

A distribution deal with Orion Picturesconfirmed Mustard's instincts last month.  "The Orion deal is fantastic," she says.  "The movie will have a theatrical release, a proper marketing campaign, and a full life on the digital platform -- Netflix, iTunes, VOD, DVD."

No triple threat would be complete without a third homerun, and from what this writer has seen of Desiree Akhavan's Appropriate Behavior, Mustard has a hit in her third Citizen Jane outing, a coming-out dramedy about the roots of true love.  You can't love another until you love yourself, the adage goes, and as the Iranian-American Shirin, Ms. Akhavan portrays a young woman whose breakup with her girlfriend reflects how far she may be from loving herself. 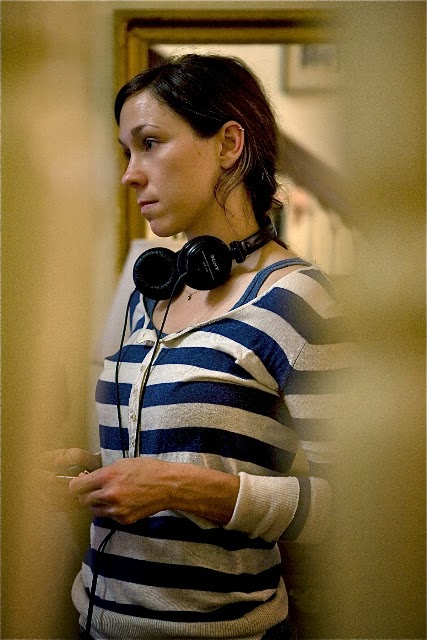 y of seriously personal information to a total stranger in the trailer (embedded above and here) is drop-dead gorgeous dead-pan comedy.

Shirin is disarmingly disheveled, a "straight man" navigating a crooked world intent on bending her to its wobbly will.   She's an unvarnished truth-teller in a metropolis of lip gloss, whose straightforwardness mixes casual innocence with understated charm.

The script's "original, smart, edgy writing" attracted Mustard's attention, which isn't easy:  she passes "on 99% of films in this budget range.   Desiree’s writing -- and her performance of a heightened version of herself -- is raw, funny, flawed, entertaining -- and oh so honest!"

Distinguishing extraordinary from ordinary is no mean feat in film, and it's only become more difficult in a rising sea of digital content.

In her frontline role as content explorer, Mustard relies on three guides: Material, People, and Money.   "Is it quality material that I personally respond to?   Is this a movie I want to spend two hours watching?" she asks herself.  "Who is involved in the project, and are they people I want to spend years of my life with?   And money -- that's pretty self explanatory."

Financing what Mustard admits is a "horrible investment" may be the toughest of her many tasks.   A great film can become a good investment, but only after it secures all-important audience attention, which travels the festival circuit more today than at any time in celluloid history.

Meyerhoff has taken "Unicorns" to over three dozen film fests, and the list keeps growing.   "It's absolutely a full-ime job" -- even moreso for women.  "A recent study showed that of the top 250 domestic grossing movies worldwide in 2012, only 9% had a female director," Mustard told the Heart Beat.

While male and female filmmakers tell their stories using similar talents and tools, "it's the opportunity to tell stories that is different.   It's time to level the playing field, and festivals like Citizen Jane are steps in this direction."

In a tongue-in-cheek nod to mom Cindy, famous hereabouts for her powerhouse non-profit work, the younger Mustard jokes that she "made it a goal to one day be known by something other than 'Cindy Mustard’s Daughter'." 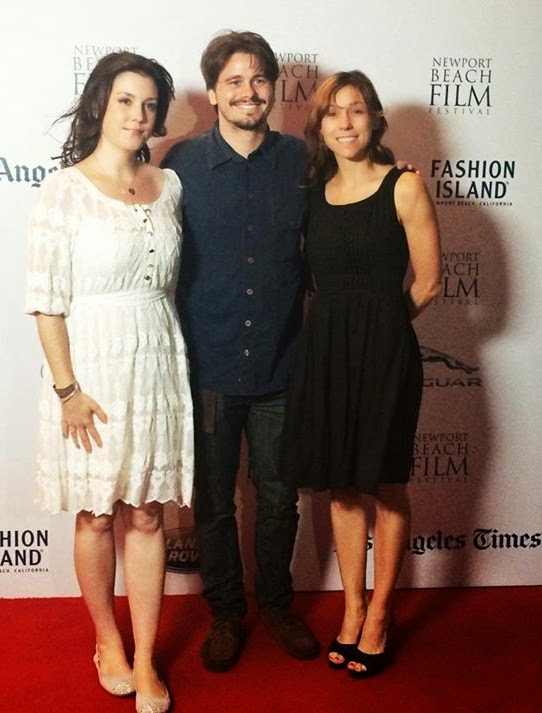 Part of doing that meant following advice she gives startup filmmakers.  "Work with what you got.  While Columbia may be far from Hollywood, it offers access to the same technology for making movies.  Capitalize on it."

The other part:  listening to her parents' advice, and whispers of wisdom from a distinguished family tree.  Great grandfather C.B. Miller helped save the town, for instance, with donations of much-needed firewood from forest land he owned during a brutally cold 1918 winter.

"My mom’s fierce and eternal advocacy in her pursuit of excellence is ingrained in my work ethic," Mustard says.  "My father Marvin taught me to never settle for 'no,' and encouraged me to always seek balance.  Columbia has informed my career and the stories I choose to tell.

"To put it simply:  My roots keep me grounded."

FALL FOR THE HEART BEAT!  Click to contribute to our Fall 2014 Fundraiser

Help us keep telling the stories that matter at home!