Lives, lost and restored
COLUMBIA, Mo 5/24/18 (Feature) -- One of the world's finest literary journals, the Missouri Review, honored three writers this month with the Jeffrey E. Smith Editors' Prize.
A financial cornucopia in the austere world of short fiction, poetry, and essay composition, the Smith Prize awards $5,000 for  the best work in each of those categories.

Mr. Smith (last photo), a Columbia resident, is best known as a nationwide developer of low-income and senior housing.
Ben and Cecil

Titus (right) gives us the gloriously-defiant Ben Gibson, a double amputee nursing home resident who has lost almost everything to one of nature's stealthiest thieves: diabetes.  "I knew if I armed Ben with intelligence and a caustic sense of humor, he could speak for her and others like her," Titus 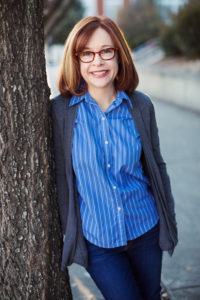 writes about her mother, struggling with another thief, dementia.
Ben's story starts with a fire in his room that costs him his last, precious vice -- cigarettes -- while prompting him to rip the covers, literally and figuratively, off the indignities that surround him.
"Christ on a fucking cracker. Cecil's pissed himself because y'all just let him sit there," Ben tells a nurse, about his friend and smoking buddy, who tried but failed to make it to the restroom on his own.
It's grasps at freedom like this Ben chronicles, with a sharp tongue, gallows humor, and what Missouri Review editor Speer Morgan called a "crusty and jaded moral barometer" tempered with humanity.

Diabetes isn't the only thief with which Ben contends.  Not far from his room "is the dementia ward, a hellhole full of old women who scream and cry at all hours."  And the nursing home's administrators who conspire to deprive, most recently restricting Ben's cigarettes for fear he's sharing them with Cecil, who has emphysema.

Ben's story concludes with rebellion and reclamation.  He sets up a clever distraction for those administrators involving the obnoxious young son of a new resident, reflecting with Cecil on what they both miss.

"Bourbon and barbecue" top Ben's list.  "Being him" too, Ben says, as the two men relish the boy's mischief.   As death draws nigh, a smoke and a prank are welcome reminders of life.
Rachel and Ros 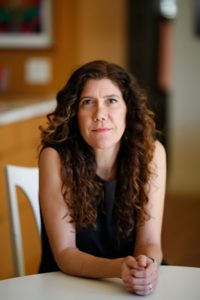 e
A recovery from tragedy gradually unfolds in Rachel's Wedding, Rose Smith's nonfiction Smith Prize-winning essay (no relation to Jeffrey Smith).
Rose (left) narrates childhood friend Rachel's wedding, an otherwise unremarkable event until the reader realizes just how remarkable it is.  An early clue describes the women as "almost thirty...unrecognizable from our teenage selves."
Rachel always stands or sits "rod straight," and her features fascinate Rose.  "She has grown into her woman's face, and she is beautiful like a runway model, gaunt and rare."
Neither girl had much of a social life growing up. "Rachel never had a boyfriend...Of course, I didn't go to [the prom]."   When they talk about sex, it's with surprise, even disbelief.
And though Rachel's face is enviable, the rest of her not so much.  "This is when Rachel still thought of her body as reliable and strong," Rose explains, suggesting attributes that are no longer.
Rose turns these drips of detail into a trickle.  Rachel wears something unusual to school.  Rose catches "a glimpse of my own face. It's getting worse..."
The gusher finally bursts, breathtaking and terrible.  "My mother was wailing. 'Just live,' she screamed. 'Just live'..," Rose explains. "I was only three...Here's what happened."
No spoilers here, though.   Rose has, after all, painstakingly constructed this slow resolution, to prompt reconsideration, of everything we think we know.  Rachel's Wedding is a mystery with a cause, challenging our preconceptions -- and misconceptions -- clue by carefully-placed clue.
Daughters and Mothers
Meghann Plunkett's soul-searing verse about the "under-addressed, subtle, and darker details of young womanhood" won this year's Smith Prize for poetry.  The poetry's power lies not only in what it says about women, but also loss in the face of tyranny, and the redemptive power of memory. Speer Morgan calls Plunkett's verse "fierce and gorgeous."  This writer calls it crushing and restorative, each of seven poems a masterful mix of heart-stopping imagery and provocative clarity.
Imagine a butcher's shop open to an urban street, as Plunkett (right) does in In the Fist of the Blade Holder.  A cow's head, a "damp wooden block," chicken feet, a "purpling kidney," a hollowed hog, tongues, knives -- nothing new here.

But what about the "child who pauses/reaching into their own mouth to make sure/their tongue is still attached."

Or this poetic gem:  "there is always a woman who smiles at the butcher."  We might not see the butchered hog as the poet does, either, "its mouth opened in a silent scream. And even though/bred for this, its eyes wide in disbelief."
Isn't this how tyranny propagates?  With smiles for butchers, shock for victims?  The discovery that something important -- a tongue, a voice, a sense of self -- really has been lost?
Plunkett finds elegance in the economy of Awaiting the Elegy, about her troubled mother's disheveled house, where "addiction spills outward...a small story/about what not-living does to a hardwood floor." The daughter is left "a bouquet in waltzing preparation...flooding with beautiful things/I can't say..."

The same elegance displays in South County, Matunuck, RI.   Winter storms cause "damage to bloom wild," while a window pane is fogged with "the weather of her breath."
For its remarkable use of lan

dscape imagery to rain verbal blows on the memory of an abuser, To My Assailant, 15 Years Later was this writer's favorite poem of the collection.

"The water has gnawed our beach into a little hangnail/cliff, can you believe it? The gumless smile of something/defanged...I am what is left. What can't be/weathered away."

Plunkett pieces together the damaged remains of the person she was before a sexual assault that prompts a redemptive truth about her mother.  "For a moment, the gulf between us was gone," Plunkett reflects.  But why?  The answer is a revelation:  "She looked at me like I finally/understood."