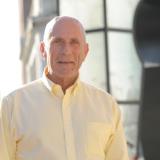 "I was concerned with depreciation six months ago," Weitkemper -- who won the first annual Ed Robb Public Service Award -- told the Heart Beat.
For months, he has peppered City Council members and city management with emails questioning their utility and infrastructure decisions.   The Council is poised to raise dozens of utility rates, fees, and fines at tonight's meeting.

Depreciation is the primary way organizations account for the cost of age, usually on large or expensive items.

"What is being depreciated (structures and/or pipes) and where is that money going?" Weitkemper asked in a Feb. 15 email.

At least part of the money must go into a Depreciation Fund, according to the Columbia City Charter and a separate city ordinance.   On an accountant's balance sheet, where all sums must cancel out, a depreciation entry might look like:

But like the DCLC, Weitkemper found no entries indicating any plans to pay for depreciation.  "Depreciation money should be kept separate and used to replace whatever was depreciated," he explained. 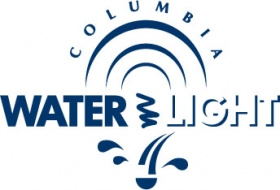 Rather than keep the money in a separate account restricted for aging infrastructure, city administrators instead put it in so-called "Unrestricted" accounts where it can be freely used for new development.
Weitkemper raised concerns over new development subsidies with Council members last week.
"There are two resolutions on Monday night's council agenda that are being misrepresented to the public," he wrote.

"The need for these relief sewer projects is being misrepresented as benefiting residents by replacing old and deteriorated sewers," Weitkemper wrote.  Instead, the new sewers will only "benefit developers and consultants by providing additional sewer capacity to serve future central city development and redevelopment projects.

"Constructing these relief sewers will not eliminate a single overflow or basement back-up," he explained.