COLUMBIA THE BILLIONAIRE: City Hall doubles its net worth and total wealth in 10 years 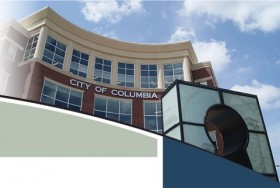 COLUMBIA, Mo 8/25/13 (Beat Byte) -- How many people, businesses, or organizations do you know who've doubled their net worth and total wealth in a mere decade?

Now, at least one:  the city of Columbia, which went from very wealthy to staggeringly wealthy between 2002 to 2012, a decade that included one of the country's greatest financial busts.

Through taxes, user fees, utility rates, bond debt, fines, and grants, City Hall doubled both its total wealth and net worth, graduating from millionaire to billionaire in the former category.
The city's simple, one page Statement of Net Assets tells the story.

Likewise, the city's net worth also doubled, from $441 million to $871 million.  Net worth subtracts debt and other encumbrances from total wealth.

Net worth and total wealth don't increase -- or in this case, explode -- if an organization is spending most of its money on intangible assets like personnel (e.g. police officers) or reducing revenues, in this case, taxes and fees.

To keep expenditures minimized, city administrators keep expense funds (like the General Fund) chronically impoverished.  Meanwhile, they've hiked taxes, fees, and utility rates to the sky, piling up cash and tangible assets in other funds, like the ultra-rich "Unrestricted Fund."

CAFR and GASB -- the city's financial standards guides -- define "unrestricted funds" as those "available for use for any purpose within the organization." The city of Columbia uses a similar definition (page 50): "net assets not invested in capital assets" (i.e. liquid assets like cash) whose use is not "legally restricted by outside parties or by law."

Page 21 of the city's 2012 financial report includes these figures, and breaks them down.  Net assets are divided into the largest figure, Capital Assets, (e.g. roads, parks, the new City Hall); Restricted Assets (including money to service debt); and the second largest figure, $143,158,626 -- simply calledUnrestricted.

Even the fund used for public safety -- the all-important General Fund -- has so much unrestricted money -- nearly $26 million -- the city's auditors made a special note of it.  Though it's suppose to serve as a reserve fund -- like a family emergency fund -- it's become one of dozens of bulging City Hall piggy banks.

"This is 34.6% of expenditures and transfers, well above the 20% target set by City Council policy in August 2012," they wrote (page 14).
That means $10 million more in a reserve fund than Council members want.   That's a lot of police officers without the tax hike Mayor Bob McDavid proposed earlier this month.
Not only is the city piling up cash in reserve funds.   It's saving money by cutting spending on those public priorities -- police, fire, health, transportation, and so forth -- supported by the General Fund, currently under consideration as Council members debate the 2013 budget.

"General Fund expenditures were $6.1 million under budget for fiscal year 2012," the auditors noted.  "Departments responded to management's request to cut spending, which resulted in expenditures being significantly under budget."
That kind of savings could be spent on police officers, firefighters, roads, and storm water work without a tax hike.
Or returned to the taxpaying public by reducing taxes, fees, and utility rates, all of which have rocketed skyward as city government has grown richer than Croesus.

-- By Mike Martin for the Columbia Heart Beat.  Martin chaired the City's Finance Commission for two years of a three-year term.