"By putting a blight designation over my neighborhood, you are working directly against efforts we can do collectively to create affordable housing," First Ward resident and North Central Columbia Neighborhood Association (NCCNA) president Pat Fowler told Schmidt and other Council members.

"I object to that strongly as a citizen and I object to that as a person who owns a little house and wants to improve it for the betterment of the central city," Fowler concluded.

But Schmidt persisted, becoming the most outspoken proponent of the massive blight decree.  He spent much of the discussion helping business lobbyists and city administrators shore up weak arguments, including vague use of census data that had City Hall declaring blight in well-established residential areas and on agricultural land outside Columbia's jurisdiction.

"I question the census tracts that are used, why the blighted area is so expansive," Fowler said.  "It is not just a portion of the city; it appears to be a majority of the city."

Under a proposal sponsored by the business and development lobbying group REDI, nearly half of Columbia is now officially blighted, and may -- or may not -- eventually qualify for "Enhanced Enterprise Zone" (EEZ) status that grants new development 50% or greater property tax abatements based on decisions from a 7-member board of business and government representatives.

"I'm one of many Columbians who don't want to live in a blighted area," Mayor Robert McDavid, M.D. began the Council discussion, adding a proposal to water down the language that remained unclear after the unanimous vote in favor of the resolution.

The blight designation -- which sticks regardless whether Columbia achieves enterprise zone status -- is a loaded weapon under Missouri state law, opening the door for eminent domain abuse. 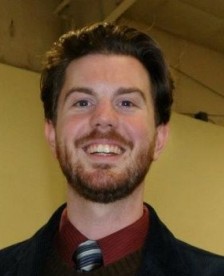 you could use blight as a first step toward eminent domain," said 2nd Ward Councilman Jason Thornhill.

Columbia resident and one-time Mayoral candidate Sid Sullivan said the term "blight" cast an unnecessary "pall" over the city, and under the EEZ proposal, would do little to improve blighted conditions.  NCCNA's Fowler agreed.  "The pall Sid discussed concerns us greatly," she said.

After reading the city resolution aloud, Victoria Dr. resident John Nelson said he didn't feel that half of Columbia was blighted "by any stretch of the blight definition.  It certainly doesn't fit eastern Columbia where I live, it doesn't fit central Columbia, or southern Columbia," Nelson told Council members.
"I'm all for jobs, but declaring more than half the city blighted I don't see beneficial in any way, shape, or form," Nelson concluded.  "There has to be a better way to get tax incentives to businesses."

Blight proponents such as REDI chairman/floor company owner Dave Griggs and Columbia School Board member Jonathan Sessions argued strongly in favor of the proposal.  Sessions -- who helped draft the EEZ resolution and blight decree and may join the EEZ/blight board -- even noted the significant impact its reduced property taxes would have on the school district.   But he insisted that school board members fully supported the concept.

Repeatedly having trouble pronouncing the term "eminent domain," Griggs argued that EEZ law doesn't allow for eminent domain action, but that under the law, EEZ zones must be blighted.   He failed to explain, however, that the blight declaration is a separate action individually attached to a number of tax incentive programs, from EEZ and Land Clearance laws to TIF statutes.

Griggs also held up an old state map from the 1990s he said declared a large portion of Columbia "distressed."   The map, however, did not match the proposed enterprise zone, nor was its connection to the blight definition clear.  He concluded by saying that he'd be pleased to have his own land in the blight-designation zone.
As the discussion wound down, Fifth Ward Councilwoman Helen Anthony wanted to pull the term "blight" from the Council Resolution altogether.  But she encountered immediate resistance from senior city staffers -- and Fred Schmidt.

"The statute says you have to find it is blighted," countered city attorney Fred Boeckmann.

"At some point, we have to say it's blighted," added city manager Mike Matthes, who then made remarks property owners on the Business Loop might find insulting.   "We don't feel that way.  We don't feel we live in a blighted area.  But I have to be honest.  Driving down the Business Loop is not the most attractive area I've ever driven through," Matthes said.
Schmidt agreed, not once but twice urging the audience and fellow Council members to call him "Mr. Blighted." 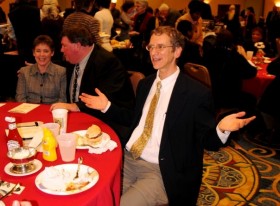 "I am glad someone's doing something about manufacturing.  We need good jobs for our people," Schmidt said.
"I understand that people are worried about the word 'blight,' but we have stormwater conditions all over town that would qualify as blighted.  And many areas in my Ward that would qualify as blighted," he told the audience.  "It's good to see the private sector doing something.   Call me blighted and give me the money."
RELATED:

Video of Council Meeting starts at 1:26