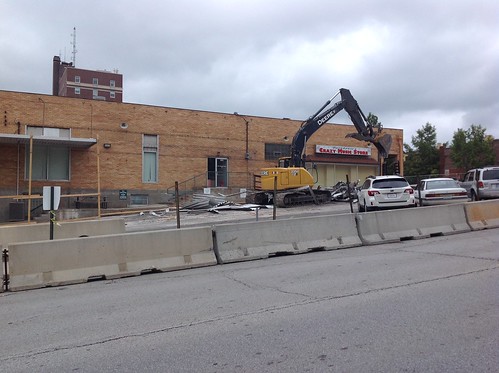 Old-fashioned picketing  against a new-fangled problem

The picket line will form today from 4:15 p.m. until 5:30 pm along the 8th and Locust Street public sidewalks.   The group will furnish signs and pickets, though they encourage protestors to bring their own signs to express their own sentiments.

Not directly connected with Repeal 6214, which has taken its fight against Opus to court, the picketers lay out their case in a flyer.

1)  Columbia has enough upscale student housing
2)  The over-abundance of expensive student housing is changing the character of our downtown, and making current residents feel unwelcome.

3)  Our City Council voted to take money from long-promised neighborhood sewer projects and use it instead to build and fix downtown sewer infrastructure for Opus.  Voters approved this money for their neighborhoods -- not for more student apartments -- in a recent $30 million bond.
4)  Adequate sewers cannot be built by 2015, when Opus plans to house students.
5)  Despite two successful citizen petitions with thousands of signatures opposing use of public infrastructure for the project, the City Council used sneaky methods to rush it through.

6)  Hundreds of Columbia residents gathered thousands of signatures to halt the project, and some dedicated lawyers have taken hours and hours of their time to move the case into the courts.

"How much sewage will be overflowing in our downtown businesses, and nearby apartments, homes, and streets due to the additional strain of the Opus building on our inadequate sewage system?" group member Linda Green explains.   "What can you do?  How can you help?  Join us in protest."