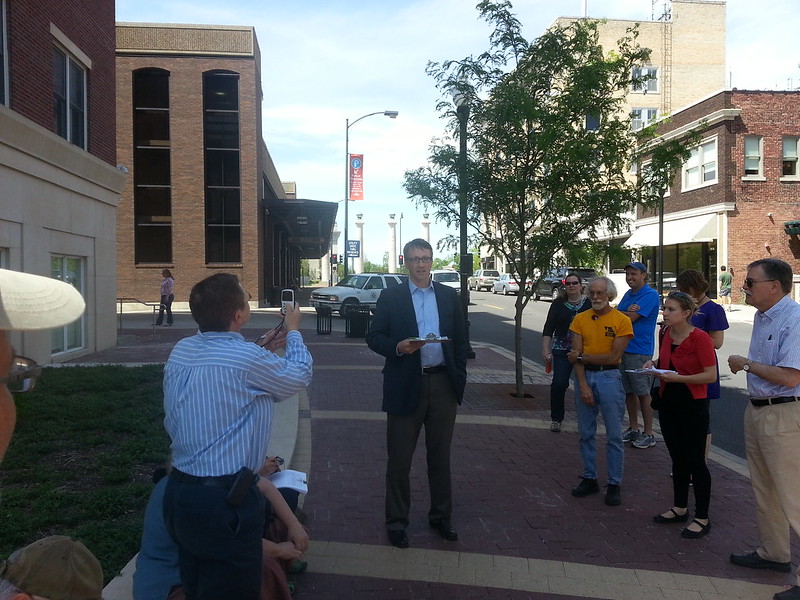 Questions about another lie and a sneaky agenda move


COLUMBIA, Mo 7/8/14 (Beat Byte) -- How did a resolution to close streets, sidewalks, and an alleyway in the center of downtown for over a year to accommodate a student apartment that has no permits; one repealed development agreement; a second development agreement on legislative life support; on land the developer does not even own end up on the Columbia City Council's "consent agenda" for automatic approval?

And why have senior city administrators been perpetrating a hoax:  that City Hall has issued a demolition permit to the Opus Development Group allowing them to tear down existing buildings on the block affected by the closures?

"You heard city manager Mike Matthes say tonight, 'a demolition permit has been issued,'" Repeal 6214 spokesperson Jeremy Root told Council members.   "And you may have read the Missourian Friday, where Deputy City Manager Tony St. Romaine said 'a demolition permit has been issued.   Those statements can only be interpreted as a means to discourage us, as an effort to silence us, and as an effort to quell the citizens demands to participate in critical decisions affecting downtown Columbia."

Two Repeal 6214 petitions have together generated over 7,500 signatures to end development agreements between the city and Opus.   One petition is pending final certification.

The consent agenda street closures struck Third Ward Councilman Karl Skala as deja vu -- an attempt to circumvent public testimony similar to the week-long special March meetings that ended in Council approval of the first Opus development agreement, later repealed.   Mr. Skala had the closures removed from the consent agenda and opened for public debate, albeit in Monday's limited timeframe.

"One of the reasons petitioners filed the first petition was that there was not adequate notification or opportunity to offer public testimony," Skala told Matthes.   "The project has become very controversial, and now there's another petition we're considering."

Sixth Ward Councilwoman Barbara Hoppe agreed.  "I was surprised to see this on the consent agenda," she said.  "It seems premature to me to move forward with something like this with a petition pending."

"We agree," Matthes responded.  Automatic street closure approval, Matthes explained, is merely routine.  "There is a demolition permit that has been granted, and so the owners [Opus] can start that at any time," he said.

Both remarks proved false, but not until Council members pinned Matthes down.

Fourth Ward Councilman Ian Thomas and Mrs. Hoppe insisted no such permit should have been issued since tenants still occupy the property, and utilities -- gas, water, and electricity -- remain connected.  City law requires disconnection of all utilities -- for obvious safety reasons -- before demolition permit approval.

"But you say a demolition pe 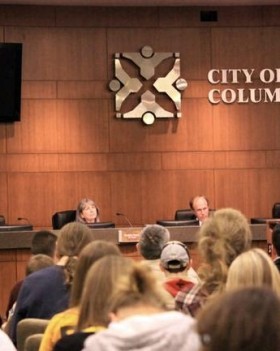 rmit has been issued to Opus," Thomas told Matthes.

"They can move to that step when there's no one in those buildings," Matthes responded.   "At this point, it's all their decision whether they move forward with demolition.  City government's role is complete."
But Thomas wasn't buying it.   "So the utilities have been cut off at the existing buildings?" he asked, peering over his glasses.   "The demolition permit can't be issued until this has happened."

"That was my understanding also," Hoppe added.

Frustrated, Thomas told Council members it still wasn't a "straight answer to my question.  Has Opus been issued a demolition permit prior to the utilities being cut off?"

"No, I don't think so," Matthes finally admitted.

Root used the demolition permit hoax as Exhibit #1 in his argument that city staff and Opus' Council supporters -- McDavid, Chadwick, Trapp, and Nauser -- are trying to thwart public process with lies if need be.

"I was stunned to see a permit application to close an entire city block of our precious downtown for a year on the consent agenda," Root told the Council Monday.   They were clearly using the demolition permit hoax, he explained, to justify the street closures.

"I guess I'm getting a little exercised about all this," Skala said.  "It seems like what I'm hearing is there is nothing that can stop Opus from doing what they do.  I thought concerns over public health and welfare trumped development, regardless if you have the proper zoning in place."

The City Council approved the street closure request on a 4-3 vote, with the usual group of Opus advocates voting in favor.

Opus street closure debate starts at 3:47:00 in this video