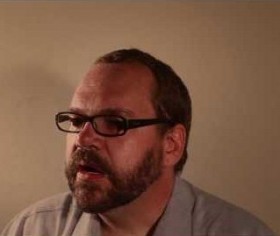 Claptrap:  Pretentious, pompous, nonsensical, and/or empty language (especially while pandering to an audience).

COLUMBIA, Mo 3/20/14 (Beat Byte) -- "My apologies to the public who felt ill-used by this process," 2nd Ward Columbia City Councilman Michael Trapp said yesterday, during one of two near-sermons about his support for more student apartments.   "But we've had vigorous public process."

Residents concerned about dysfunction at City Hall would be well-served listening to Mr. Trapp.  For 15 minutes at the special public hearing (Video 48:48 and 1:44), he took the audience on a verbal roller coaster ride, waving and lowering his hands and voice, trying to make due process vanish in a cloud of high-sounding rhetoric.

His dramatic inflections, however, could not erase his abundant contradictions.

"It looks very clear that we can't serve them [Collegiate Housing Partners with infrastructure], with where we're at and what we understand today with the conversation."

"I just wanna make sure folks don't have sewer in their basement, that our water's clean, that we have a dense, walkable community."

"Saying no to downtown infrastructure just moves it.  It doesn't make it go away.   It's not a magic wand that eliminates demand for student housing."

If you don't understand how adding a much greater load on sewer capacity helps assure existing homeowners clean water and no sewer backups, you're not alone.   Here's more of Mr. Trapp -- who supported Blight/EEZ and the TIF District with similar sermonizing -- at yesterday's hearing:

"Sometimes when they [2nd Ward constituents] ask me a question, and I'll start talking and I'll see their eyes glaze over cuz everything is complex.   And then they'll say 'no, no' I see that you've got that.   And I'm not being paternalistic, but there is a level of looking at, a level of detail and information and public process of what goes on."

"There is some synergy placing people living where they want to go to improve walkability and the infrastructure to allow that and the Avenue of the Columns, so by putting some residential people there, they're gonna filter out and use other of those businesses and those other areas that could be developed in a more intensive way will develop to meet the demand of that."

"We're sort of like painting a car while you're driving the car down the road."

"Evening meetings are inconvenient for some, so at least an occasional daytime meeting I don't think is a terrible thing.   I know it was an abbreviated schedule, but we can't kill this by delaying it.  Student housing has to be open.  They gotta be ready by August."

"If you look on Facebook, talking has twice as many friends as listening.   And that says something about us, that we feel we're not being listened to when people don't do what we ask them to do.   We can't do that for everybody because people frequently ask us for opposite things.   And that's why we have elections and representative government."

"When something unfortunate happens, we quickly want to look at who's to blame and wag our finger and say 'why didn't this guy do a better job!'  I know how hard this guy (points to city manager Mike Matthes) works.   Should he work 61 hours instead of 60 hours or 81 hours instead of 80 hours.  I mean, all of these public processes take time and resources."

"We have C2 zoning to facilitate dense urban planning and get away from surface parking and get as much value out of our dense urban core as we can.   It's [Opus] obviously in conformance with C2 zoning, which obviously has some pretty wide open possibilities."

"Without Brookside, we get no Lucky's."

"I'm disheartened to hear people cast doubt on our political will to address the sewer issue, which I consider critical and totally within the means of any four of us to go forward on.   We have to set in our heart and mind that we are gonna go forward and do this.  The sewer at least allows us to do this through a rate increase.   I would encourage all of us to think that sewers are important.

"In a perfect world we wouldn't be doing these things, but in this world, as pragmatic decision makers:  How can we make the water cleaner?   How can we find ways to live together in a way that we can all be healthier and happier and get along?   I think this development agreement is in the best interests of this city and moves us closer to that shared vision that we have."