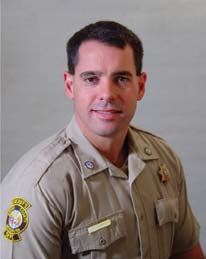 An appropriate response to inappropriate Facebooking
COLUMBIA, 7/4/12 (Beat Byte) -- A Heart Beat story about a 911 operator's inappropriate Facebook comments has prompted a new social media policy at the Columbia-Boone County Joint Communications office, Boone County Sheriff and JointCom board chairman Dwayne Carey says.
The operator jokingly accused neighbors of setting the Brookside fire and topped the Facebook page with a jab at 911 callers.

This publication took some heat over the story, which did not disclose the operator's identity, providing "no substantiation other than your word," said Missourian columnist David Rosman. But we kept screen shots of all the comments and the operator's Facebook page, deciding against disclosing the identity because that would made the story about the operator, and not about agency customer service policy, particularly as the group is planning to ask for a new tax to support operations.
Carey told the Heart Beat the story prompted a staff wide meeting and a social media policy the city does not presently have, he explained.
The 911 operator, meanwhile, contacted the Heart Beat and took down the Facebook posts. "No worries!" the operator wrote. "I'm not mad or anything! I actually wish I had found your site a different way! Interesting stuff."