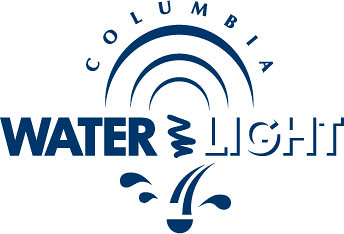 COLUMBIA, Mo 12/15/14 (Beat Byte) -- Plans for another giant bond issue from Columbia City Hall -- $67 million for electric infrastructure and rate hikes to pay the bond debt -- prompts a question:  When will enough be enough?

Council members debated three ways to increase electric revenue:  with fees to connect new developments; with higher usage rates based on how much electricity a customer uses; or with a higher base rate, the so-called "flat-rate customer charge" everyone pays no matter how much power they use.

Over protest and controversy, Council members voted to hike the flat-rate customer charge by 73%.

The Mayor and his main minion, city manager Mike Matthes, tied them up with "sky is falling" arguments that offered only one way out:  that John and Jane Q. Public pay more so that big developers and big energy users could thrive.

Fourth Ward Councilman Ian Thomas started with a familiar lament:  Why are existing users forced to subsidize new development?   "Mr. Thomas understood the City had spent $20 million over the last ten years expanding the electric infratructure system to accommodate new development," the minutes explain.   "He felt they had subsidized the growth of the City because they had not had a connection fee for electricity."

Matthes released his inner Plato.   "Mr. Matthes pointed out the philosophy of Columbia's electric utility was different than the other utilities...it is based on a philosophy that emphasized rates over connection fees."

Matthes argued against higher usage rates.   Being too dependent on big electricity users subjected the city utility to "significant revenue volatility," he said.    "The more someone uses, the more they are charged," he said.   But that's bad because "we have to recover something to accommodate really low usage."

When Councilman Thomas pushed back, Matthes and Johnsen blamed the weather.

Warmer winters and cooler summers reduced usage, so what was the utility to do?   Matthes wanted "more guaranteed revenue versus being so dependent on weather," the minutes explain.  People are conserving, too.  The answer was clear:  Raise the fee everyone pays regardless of usage by a whopping 73%.

Ultimately, Thomas went along, but not before asking for a new type of power bill that showed the impact of hitting low energy users with such a big base rate increase.   Staff could have a report about the new bill "within 18 months," finance director John Blattel said.

Council members voted to increase power bills and some 100 other fees, fines, and rates in September.