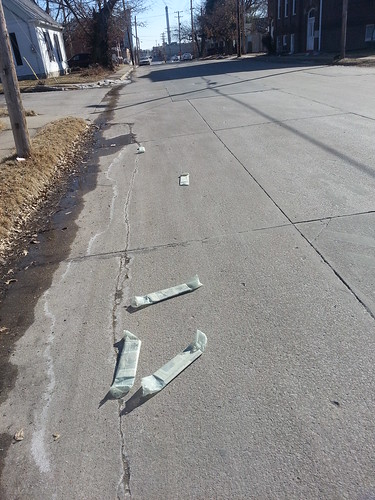 Can we ban these, please?

Flyers, coupons, and other junk left hanging from doorknobs, all wrapped in plastic bags -- the kind of plastic Columbia's City Council considered banning at the grocery store.

To stem this tide of paper and plastic, I've been sending a "No Throw" list to its purveyors for nearly a decade, covering my home and some rental properties.

My contacts have changed, but the problem remains.

"Please be sure that NO free newspapers come to the addresses below.   I've been having to pick them up again.

"I also ask that you drive around, especially central Columbia, to make sure free newspapers aren't piling up on vacant properties or properties with elderly/disabled residents who cannot pick them up.  Thanks!"

In the past year alone, I've sent three No Throw requests to the Trib, from which I've receive polite responses -- and the invariable promise the papers will finally stop coming.  They never do. 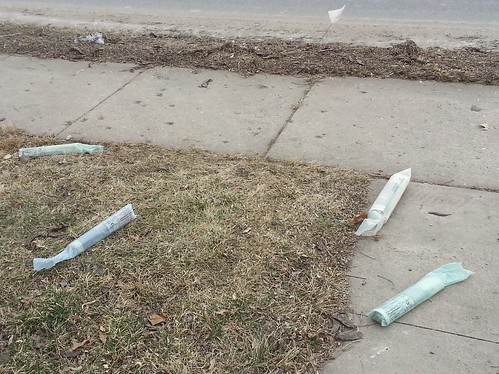 I first noticed the brick-and-mortar spam menace when I used to campaign for my favorite candidates.  Going door to door, especially in the First Ward, I'd see newspapers, mostly, piled in forlorn corners or scattered around the front yard of a long-vacant house, or gurgling in stormwater eddies as they tried to pass into a storm drain. 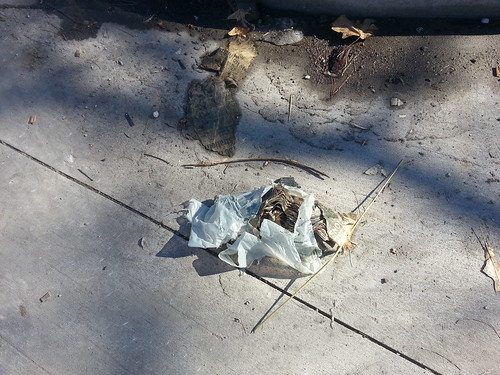 At least twice I found piles of Tribs abandoned by their carriers, once in a vacant lot and once sitting beside a garbage dumpster.  I dutifully reported each incident, learning the carriers were paid based on how many newspapers they returned to the office with, presumably -- but not necessarily -- delivered. 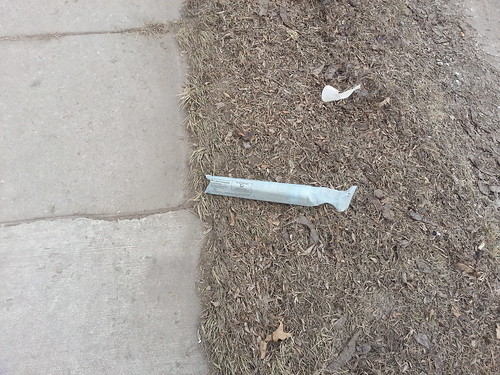 On the campaign trail I was especially troubled to see boxes of molting, plastic wrapped newspapers outside the modest homes of elderly or disabled persons.   One woman told me about her ongoing battle to stop the tossed freebies.  Her protests worked until a new carrier took over, because, she thought, the circulation department never bothered to assure no throw continuity. 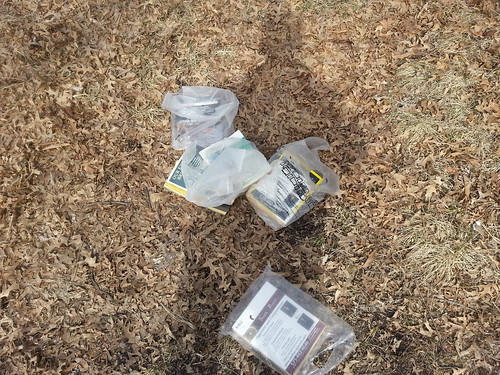 "I apologize," wrote Tribune manager Johnnie Moss, Jr. after my latest No Throw request, with which I sent the pix from this story.  "Since our last conversation, we have contracted a new carrier.   We will be sure to pass this vital information on to him, and I will also forward this email to the manager who oversees the delivery in that area.  Thank you and God bless."

I hadn't thought of prayer to stem this tide of uninvited paper and plastic.  Maybe I should. 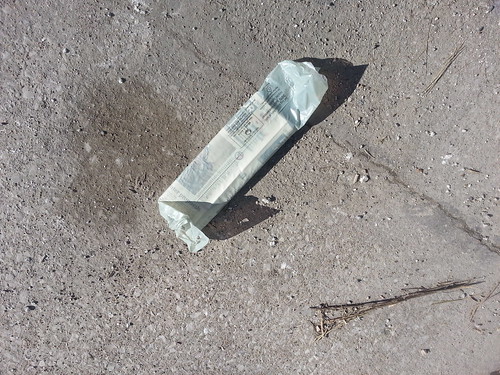